NEW ZEALAND cricket players were celebrating as they put their 2019 English heartbreak behind them; beating both India and the Southampton weather to win the Word Test Championship WTC final inside the Ageas Bowl. Sealing victory late on Wednesday (June 23) evening, the Black Caps won by eight wickets in the first six day test match in England since 1975 after being forced to play the reserve day following two earlier washouts.

Starting on Saturday after a washout on day one, India were bowled out for 217 runs off 93 overs in an innings that was more stop-start due to stoppages for bad light throughout.

Vice captain Ajinkya Rahane top scored for the Indians with 49, closely followed by his senior Virat Kohli’s 44 runs as their team lost seven wickets for just over 80 runs.

For New Zealand, Kyle Jamieson took five wickets for 31 in his 22 over spell; taking advantage of a slow outfield and unusually edgy Indian batting.

In response the Black Caps did brilliantly to reach 101-2 upon the close of day three, with England destroyer and opening batsman Devon Conway scoring 54 before being caught off the bowling of Instant Sharma in one of the hitman’s three wickets for 48 runs.     Although his dismissal sparked a mini-collapse from 117-3 to 192-7, the lower order batsman led by Kane Williamson’s 49 saw New Zealand grind out 249 all out; which was a lead of just 32 runs.

The stand out bowler was Mohammed Shami, who led the comeback with four for 76 alongside Shami who destroyed the New Zealand middle order.

India’s second innings started with slow accumulation of runs to leave them 64-2 at the close of day five; leaving the result as a draw and shared trophy the most likely result as day six started. This extra day was a ‘reserve’ option after two days were ended without a ball being bowled (Friday & Monday); with 98 overs to be bowled with all results possible and a good day of sunshine forecast for the final day starting at 10.30am.

India lost two key wickets within the opening hour of play on Wednesday, with both Kohli and Cheteshwar Pujara falling to dangerman fast bowler Kyle Jamieson to leave the batting side 72-4 just after 11.35am. However a rear-guard counter attack lead by wicketkeeper Rishabh Pant gave India hope as they glided over 150 runs with a high scoring rate just after lunch.

But on 41 runs, the young attacker skied skied a catch to Henry Nicholls, who clung on brilliantly running back from gully and sparked a collapse from 152-6 to 170 all out at approximately 2.30pm.

This left New Zealand chasing 139 runs off 53 overs to win the test championship title, which was arguably a low target with India falling 30 or 40 runs short of a reasonable chance. But they were given hope when both Black Caps openers Tom Latham and Devon Conway were out with the finish line over 100 runs away, with star man Kane Williamson signalled out for LBW for one with the score due to be 56-3. However it was overturned on review, a decision that drained India’s confidence as they seemed to fight for time rather than wickets in the afternoon session.

This approach allowed New Zealand to calmly build their total under little pressure, with the only scare being a Ross Taylor drop by Pujara with 60 runs to win. This near escape for the experienced batsmen only helped build his attention to shot-playing as he helped his nation home with 47 unbeaten runs, accompanied by a knock of 53 by Williamson in a 90-run unbroken partnership.

As Ross Taylor scored the winning run at just after 6.15pm with seven overs spare, it finished a wonderful end to a test championship that was affected by the pandemic and weather this week but eventually crowned a winner.

This was New Zealand’s day as they toppled cricket’s superpower India and claimed the biggest win in their history, which marks their first ever triumph in a major global cricket tournament.

It also ends a successful summer in the UK for the Black Caps after their 1-0 test series victory over England earlier this month, more than eradicating the misery of the 2019 World Cup Final defeat after a thrilling tie at Lords.

For India, they must stay in England for another four weeks as they prepare for a five test series starting in early August; the second time they face each other in 2021 as the World Test Championship cycle restarts again.

Although none of these matches will be played at the Ageas Bowl, the stadium again proved its status as an international test stadium this week as they look to host an Ashes encounter in 2024 or beyond. . 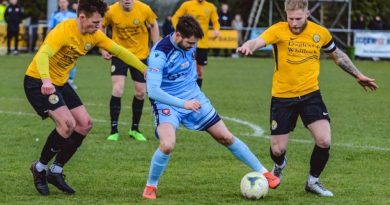 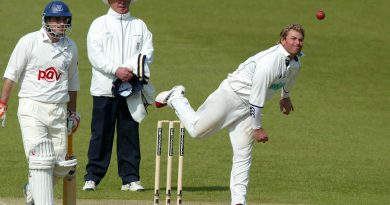 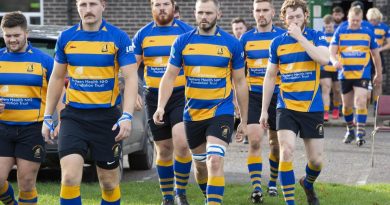