GOSPORT BOROUGH sealed a third win from four Southern League games in 2021-22, with a 3-0 victory against Chesham United at Privett Park after an intense and physical encounter.

Two poacher’s finishes from Joseph Lea and a first Gosport goal for Nicky Dembele saw the home side maintain their 100 percent record from two games, but this scoreline flatters the visitors with poor away finishing the difference in front of 450-plus spectators.

In overcast conditions the opening spell was cagey with both teams cancelling each other out, Gosport seeing good passing moves but no real openings to exploit. The home side also saw many fouls given against them without the ball, but dealt with any Chesham set piece deliveries as the match remained goal-less in the opening 10 minutes.

Although Harvey Rew’s low effort was blocked and Brad Tarbuck’s attempted lob drifted wide after a corner, the first clear cut opportunity came for Chesham after 13 minutes. Quick and intricate passing inside the box fell to Eoin Casey who curled a shot off the crossbar from 11 yards out with Boro’ keeper Albert White left rooted to his goal line.

As the match hit the 20-minute mark greater physicality began to creep into the proceedings with both sides getting frustrated after a slow start. This threatened to boil over as Matt Briggs and Chesham’s James Richardson were booked for a spot of wrestling, while Isiah Jones saw yellow for fowling Dan Wooden down the right side on the half-hour mark.

Gosport took the lead on 34 minutes as they won a free kick following great hold up play from Wooden, which was taken by Tarbuck from an angle 22 yards out. His curling effort was well saved by visiting keeper Emmanuel Agboola, who could only parry the ball into the path of Joseph Lea who scrambled over the line from six yards out.

Before half time, Chesham had a penalty appeal turned down by referee Lewis Sandoe when Steve Brown attempted to capitalise on an error and Albert White looked to bring him down in the box. Buoyed by this frustration both Richardson and Mark Kirby fired wide under pressure, but Gosport held on for a 1-0 lead going into the break after a scrappy 45 minutes.

The physical nature of proceedings continued into the second half, seeing multiple bookings for both sides before the hour mark. A facial injury was suffered by Joseph Lea following a tackle that saw him booked, but after some treatment was deemed OK to carry on playing. Chesham also saw two cautions for Adam Martin and Steve Brown, whilst a counter attack was quickly ended by Borough keeper Albert White who headed outside his box.

It was the visitors who were looking dangerous and they had the next opening on 62 minutes when James Robinson found space and cut inside. Luckily for Borough, his curling effort went over the crossbar as substitutions were made for either side. Seven minutes later the fresh legs almost helped the home side double their lead as Dembele was found down the left.

His cross into the box was missed by two Chesham defenders and fell awkwardly to Lea who was charging towards the far post, with the resultant outstretched effort flying harmlessly onto the roof of the net on 69 minutes. But 20 minutes lalter it was still in the balance, the home crowd becoming tense with some good possession from Chesham looking dangerous in the final third.

Borough supporters needn’t have worried as their side doubled the lead with 11 minutes left after a brilliant piece of play by substitute Pat Suraci down the left. The winger jinxed past Lewis Rolfe in the box as he advanced towards the byline, sending a cut-back into the path of Lea who fired towards goal from 12 yards. The home player’s low angled shot looked to be cleared by away defender T’Sharne Gallimore, but the referee deemed it had crossed the line sparking huge celebrations around Privett Park.

With their confidence levels now higher and extra space appearing in the Chesham defence,  Gosport nearly made it 3-0 when Dembele’s effort was well saved by the visiting keeper on 83 minutes. But not about to rue his missed opportunity the youngster did score his first Gosport goal with three minutes left of normal time, finishing off a lovely team counter attack from a Chesham corner down the other end.

Moments after being booked on his debut for Borough, new Forest Green Rovers loanee Luke Hallet found Tarbuck down the right as he switched wings. The former Pompey and Hawks midfielder produced a first-time cross to find Dembele totally unmarked, who finished first-time at the near post into the bottom corner. It was a goal that ended the game as a contest and sent Privett Park wild in delight, including Shaun Gale who was seen on the pitch raising his fists as he failed to hold his emotions.

Stoppage time saw one further chance for Gosport as they looked to replicate the four goals scored versus Poole Town two weeks ago; Pat Suraci’s curling shot was pushed away for a corner by the Chesham goalkeeper. But in truth the final minutes were marred by an ugly incident that should have seen one or two red cards.

A late tackle from Chesham sub Deese Kisanga in front of the Borough coaching area left Lea screaming in agony clutching his right ankle. This led to a large scale scuffle involving players and staff from both teams around the tunnel area, tempers rising for everybody after a bruising and physical encounter. Despite Lea needing several minutes of treatment and tussles breaking out in the meantime, it was surprising that only Boro’ manager Shawn Gale was booked after giving the officials some strong words.

The final whistle blew on another Gosport victory, with three wins out of their opening four games this season and two clean sheets putting them third in the Southern League. Borough will now travel to Hartley Wintney on Bank Holiday Monday with a 3pm kick-off, before a home FA Cup clash next Saturday against Plymouth Parkway in the First Qualifying Round of England’s most famous cup competition. 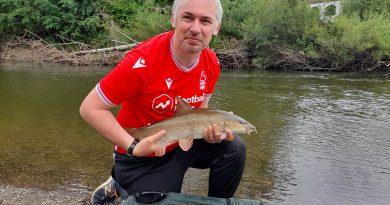 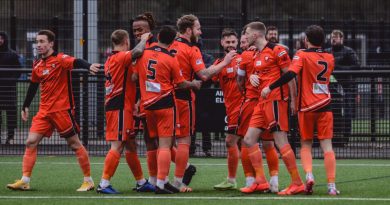