OVER THE LAST 72 hours, Gosport and Fareham boroughs have seen temperatures rise consistently with residents flocking to beaches in search of shade or sunbathing areas as lockdown restrictions ease.

Monday saw temperatures of 28 degrees to make it the hottest day of 2021 in Hampshire with this figure likely to rise further this week; with the majority of the county being put under an ‘Extreme Heat’ warning by the Met Office this afternoon (July 19), the first ever such alert of its kind.

This new warning covers large parts of Wales, all of south-west England and parts of southern and central England; including both Gosport/Fareham boroughs.

With advice from Public Health England and other Governmental departments, the warning is aimed at the elderly and vulnerable, including those with underlining health conditions.

Public transport and road journeys are likely to be affected, whilst businesses are asked to ensure employees are kept cool. However the majority of steps are the responsibility of individuals under this alert, with a ‘be prepared’ nature to reduce heat

Residents under this amber heat warning, only below the red emergency alert, are being asked to look out for signs of weather exhaustion such as fatigue and dehydration.

Basic health and safety heatwave advice also applies to reduce temperatures, including drinking plenty of fluids and shutting windows during the day to keep cool.

Other points to consider is finding shade when needed and reducing vigorous exercise routines as temperatures rise, with night time readings expected to be over twenty-one degrees over the next three days.

A new heatwave alert system was devised by the Met Office in June 2021 following a rise in heat related cases and hospitalisations last year, which saw over 2250 excess deaths during a period of warm weather that broke records over the August Bank Holiday (according to Public Health England figures). Six people have already died this weekend after drowning in deep water on UK coastal shores, with more people likely to be hospitalised in the next few days.

It is also important to stress that unlike other Met Office weather warnings, the extreme heat alerts will only be issued as AMBER – be prepared – and RED – take actions. The new alert is set to last until at least Thursday night (July 22) when the temperatures are forecast to dip slightly before thunderstorms take over the weekend, although this is subject to change at short notice according to the Met Office website.

Advice and further information on this can also be seen on Tips for keeping cool in hot weather – Met Office, although the main message for residents is: “Please enjoy the sun, but safely and carefully.” 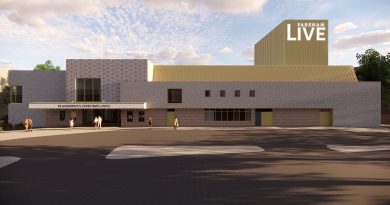