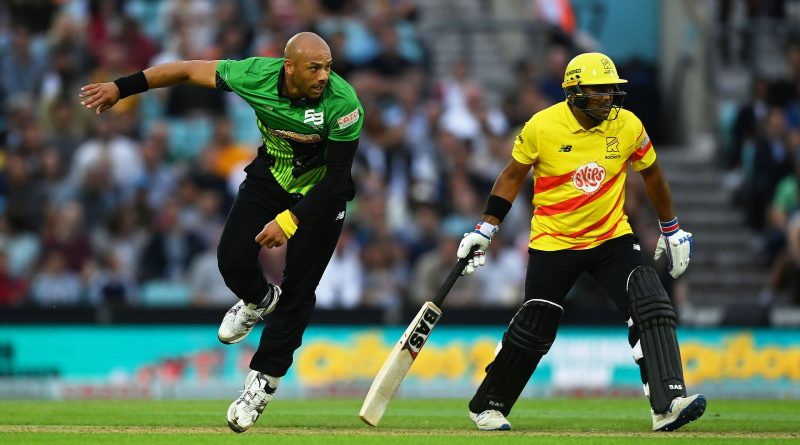 SOUTHERN Brave Men have joined the women’s side in the Hundred Finals due to be held at Lords tomorrow with a simply brilliant all round performance, thrashing Trent Rockets by seven wickets in arguably the most one-sided affair of cricket in the tournament so far. Clinical contributions from all members of their bowling unit helped the Southampton-based outfit rout a strong Rockets’ team to 96 (all out), before a composed batting display led by Paul Stirling and James Vince won the game for Brave with thirty two balls left of their innings. It was a fine effort on a slow pitch at the Kia Oval,, watched by a total of 7,500 fans in the ground and many more on TV for this highly exciting ‘eliminator’ match.

Brave won the toss and decided to field first, which was arguably questionable given the strength of the Trent Rockets batting line-up; often seen as better on paper during the entire tournament. But after a solid start that saw the Northern side reach fifteen without loss from 10 balls, a brilliant spell of bowling sparked chaos in the batting order as the Rockets lost four wickets in fourteen balls.

The carnage started as George Garton drew the edge of Dawid Malan into the hands of Quinton de Kock after the English international hit three boundaries, before dismissing fellow opener Alex Hales four balls later with a similar wicket and outcome leaving the Rockets on 18-2 off fifteen balls. Five deliveries later it was 24-3 as Craig Overton splattered the stumps of Steven Mullaney for just 5 runs, whilst Garton took his third wicket as D’Arcy Short was caught by Tymal Mills to leave Rockets stranded on 31-4 with a quarter of the innings played.

Somerset’s Lewis Gregory and Nottinghamshire’s Samit Patel came together at the crease, putting together a slow but progressive partnership that doubled the score exactly just after the half way mark of the innings. This included just three boundaries, with the par running quick singles in order to rotate the strike and rebuild after a disastrous start. But as soon as they were looking comfortable Brave struck again as Gregory looped a shot into the path of Paul Stirling; giving Tymal Mills his first wicket and leaving Rockets on 62-5.

Supported by Patel, new batsman and Rockets wicketkeeper Tom Moores entered the field; launching a brilliant counter attack that saw him hit two sixes in successive balls to push his side towards the hundred run mark. Perhaps inspired the Nottinghamshire man tried to copy Moores, but only succeeded in finding Lake Linlott on the boundary edge to add a sixth wicket for 82 runs. It did get worse for Rockets five balls later in a rare moment of controversy with twenty-one balls left.

From a Chris Jordan delivery, Tom Moores launched a shot that was fumbled by Craig Overton before the Somerset man caught the ball on the second attempt inches from the boundary; which was given out by the umpire. However the Rockets seemed to believe that the fielder’s right foot had touched the rope; but after TV replays and a delay whilst the confusion was sorted out, the wicket was awarded and the batsman sent back to the pavilion with the score on 87-7.

Either through Brave reaching the tail-end of the batting line-up or Rockets frustrated by their own perceived misjustice; the final three wickets were easily taken by the international bowling unit. Tymal Mills took the wickets of Rashid Khan and Marchant de Lange, whilst Jordan had Matthew Carter caught behind as Rockets were skittled out for just ninety six. The last dismissal came with nine balls left of the allocated Hundred deliveries; further capping an all-round brilliant bowling display with all of George Garton (18-3), Craig Overton (25-2),Tymal Mills (8-3) and Chris Jordan (15-2) all taking their fair share. Jake Linlott can count himself unlucky not to take a wicket, although he did take two catches and only conceded 25 runs from his allocated twenty deliveries.

Chasing just ninety-seven to reach the Lords Final on Saturday evening (August 20), Paul Stirling and Quinton de Kock started well as they reached the 20 run mark after just nine balls as the openers saw off the initial / immediate threat of the Rockets bowling with a quick opening. Even the dismissal of the South African (6 runs) to Matthew Carter leaving the score on 22-1 didn’t slow the momentum as James Vince picked up the mantle alongside his Irish batting partner.

The two batsmen rattled along with an average scoring rate of 164.2 per ball, with the fifty run mark reached off just 32 balls. Boundaries and fireworks seemed to be the theme of the Brave attack as Paul Stirling hitting three fours and two sixes as he hit 31 off nineteen deliveries as his side reached a 97.6% prediction marking with fans on Sky Sports. But with a potential half century in his sights, the Irish batsman was caught at deep fine leg off the bowling of Somerset’s Marchant de Lange with just 28 runs needed off sixty balls (69-2).

Stirling’s loss was James Vince’s gain as he became the anchor of the Brave innings, although the run rate did slow down as the Rockets looked to build a small amount of pressure. The English batman hit 45 runs of twenty-seven deliveries including six fours and two sixes, helping Brave to seal their win with thirty two balls left to play. This was despite accurate bowling and good fielding saw just 14 runs scored off twelve balls; which included the wicket of Alex Davies as he edged a delivery into the gloves of Tom Moores with the score on eighty-three.

Rockets were ultimately trashed by seven wickets and didn’t recover from their earlier batting collapse, but will take credit in reaching this stage and the fact they didn’t crumble in the final stages when the result appeared inevitable. For Brave they will now travel across London to Lords where they will play Birmingham Phoenix on Saturday evening, with a scheduled start time of 6.30pm at the home of cricket.

Brave’s women side will play Oval Invincibles in their Hundred Final at 3pm, with both matches on BBC Two with coverage from 2.30pm. The ECB have also announced their plans for a reserve day on Sunday (August 22), particularly with heavy rain predicted in the evening as the miserable and inconsistent August weather continues. Other contingencies include earlier starts and limited overs with the use of the Duckworth Lewis System Method. 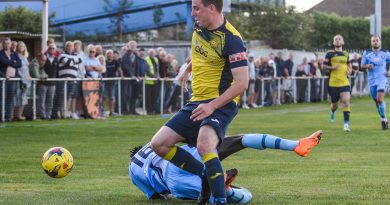 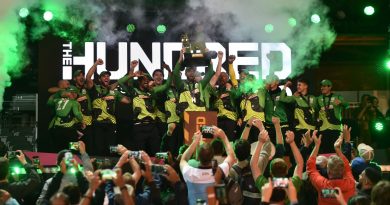