Photograph by Mike Trump (on behalf of Getty Images)

THE AGEAS BOWL saw its Hundred debut on Friday afternoon as the cricket format finally begins to gain traction across the country, with 6,000 watching a double header of Southern Brave against Birmingham Phoenix as they faced off during a special afternoon featuring over 500 runs.

The men’s and women’s matches are part of the third round of fixtures of the inaugural quick-form competition, with Southern Brave showing great run chases to win and continue their varying campaigns.

Starting at 3pm with the home side bowling, Birmingham Phoenix got off to a brilliant start with the fifty run partnership coming after just 41 deliveries before two key wickets pegged the visitors back exactly half-way through their innings. Amanda-Jane Wellington did the damage with the dismissals of Shafali Verma (22 runs) for leg-before-wicket and bowling Evelyn Jones (33) in a period of just five balls as the run rate slowed to just over a run per ball.

In this flowing contest momentum swung back into Birmingham’s favour with a 72 run partnership off 43 balls between captain Amy Jones and Katie Mack taking them to 134-2.

But the latter’s run out combined with a wicket of Erin Burns for a duck by Anya Shrubsole slowed down the runs in the final seven balls, Phoenix posting 140-4 off their 100 balls.

Southern Brave’s response didn’t get off to a good start as Smriti Mandhana was caught off the bowling of Erin Burns after eight balls. But the home side soon began to pile on the runs with Sophia Dunkley scoring 41 off just 23 deliveries as she took control of her partnership with Danni Wyatt of sixty before a run out saw the end of Dunkley.

Instead of damaging or slowing the run rate of Brave, the wicket only seemed to spark Wyatt into life as she moved her innings along with alarming speed. She found the boundary nine times (five 4s / four 6s) as an unbeaten 69 runs were scored off 49 balls as the opening batsman won the player of the match award.

Accompained by 22 unbeaten runs from Stephanie Taylor, Brave sealed the win in just over an hour and with 18 runs; the biggest target so far of the Hundred.

Their home victory leaves Southern Brave Women’s side on the top of the table with three straight wins, following successes over Welsh Fire and Trent Rockets. On Sunday (August 1), the team will play London Spirit Women at Lords, whilst their next home clash will take place next Saturday (August 7) at the Ageas Bowl with a 3.30pm start should weather permit versus Northern Superchargers.

Starting at 6.30pm with an excitable crowd it was a frustratingly slow start for Birmingham as they advanced to 22-0 with nearly a quarter of the allocated balls already played, with the loss of Daniel Bell-Drummond for nine further inflicting damage. But in came Liam Livingstone who continued his recent England form with a quick start, scoring 15 runs off nine balls as the run-rate increased to 1.28 per ball before Brave hit back.

Two wickets fell for Phoenix over the space of four balls, with no runs added due to fine bowling from Jake Lintlott to reduce the visitors to 47-3 off 37 balls, removing dangerman Finn Allen and Moeem Ali as the home side looked to make further inroads.

Sadly this didn’t happen as Miles Hammond hit 44 unbeaten runs of 29 balls, which was only surpassed by Livingstone’s 60 not out in an unbroken 104 run partnership; the England international scoring five fours and four sixes to finish with a strike rate of 155.54 per ball.  A total of 16 extras (no-balls, wides etc) meant that Birmingham Phoenix reached the 150 run mark, setting 152 for Brave to win their first game of the Men’s side of the tournament.

Batting in front of his home crowd at Hampshire, James Vince immediately started on the front foot despite the loss of Quinton de Kock for just three runs. The England ODI batsman scored 60 runs off just 38 balls with seven 4s and two 6s as the home side took control.

New Zealand batsman Devon Conway also chipped in with 34 runs off 27 balls once Vince had been dismissed by Iran Tahir with over 70 runs still required.

Thanks to the efforts of Convey combined with Alex Davis, Brave looked to be cantering to victory with 38 needed off the final 25 deliveries and eight wickets in hand.

This was to prove a crucial factor as the home side stumbled in the final stages, losing four wickets over 15 balls that only saw 20 runs added.

With 18 needed from 8 balls, it took fine batting from Chris Dawson (17 off nine) and Liam Dawson (one run) as Brave sealed a four-wicket win with three balls left.

After defeats to Trent Rockets and Welsh Fire by narrow margins, this win was the first ever success for the Southern Brave Men; with the relief and celebrations showing how much the Hundred means to fans and players in this post-Covid world.

Due to duplication across both men’s and women’s side of the tournament, the men will next play London Spirit on Sunday (August 1); the Ageas Bowl will host their match versus Northern Superchargers with a 7pm start time.

The Hundred is a professional franchise cricket tournament played between July and August, with equal weight given to both men and women sides; hence the special back-to-back double headers every day for one supporter ticket.

Equal prize money is also available, with eight city-based sides aiming to reach the finals on August 21 (to be held at Lords. Fixtures and results can be seen here, whilst BBC and Sky Sports share the viewing rights for the tournament, which was postponed from 2020 due to the Covid-19 pandemic. 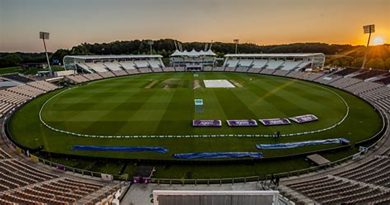 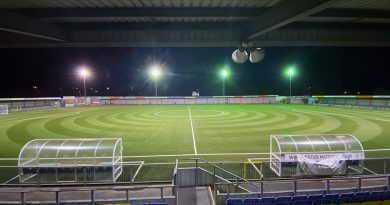