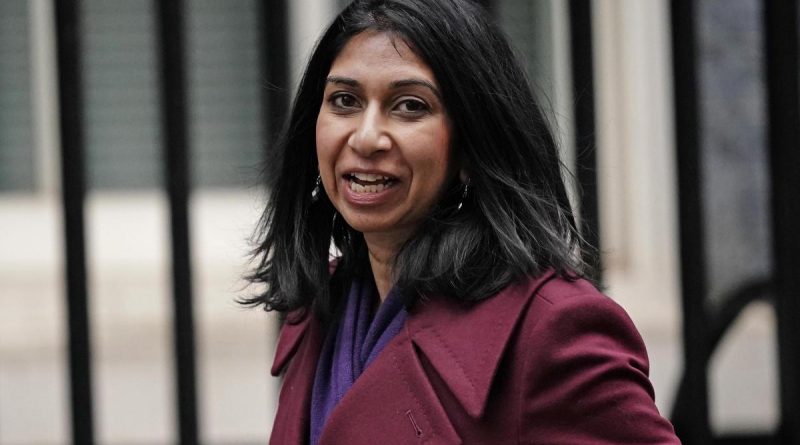 SUELLA BRAVERMAN has formally announced her official Conservative Party leadership campaign in a bid to become Prime Minister (PM) this weekend, using a detailed article in the Telegraph to outline her vision for the United Kingdom if she should replace the resigning Boris Johnson after the summer recess.

The Fareham MP and Attorney General had previously stated her desire to become PM in a televised interview on Wednesday night (July 6), answering a probing question from ITV presenter Robert Preston on whether she would stand for leadership if the PM were to resign in the coming weeks or months.

She replied to the question by saying: “I’ll be honest with you, Robert. Yes, I will. I love this country; my parents came here with absolutely nothing. It was Britain that gave them hope and security and opportunity, and this country’s offered me incredible opportunities in education and in my career. I owe a debt of gratitude to this country and to serve as prime minister would be the greatest honour, so yes, I will try.”

Therefore it was no surprise when her official campaign was launched throughout Saturday with the slogan of ‘Suella for Leader‘; the MP taking the opportunity to visit the town of Beeston, near Nottingham, to talk to Conservative party members and sharing a 1 minute video of pledges on her official Twitter page.

She elaborated on these campaign pledges in an article that was published on the Telegraph website on Saturday evening, thanking Mr Johnson for his work and stating that the Conservative party needs to return to their “core objectives” which has helped the whole United Kingdom in the past whilst they were in power.

One of these objectives was the return of an efficient low-tax state, with Braverman pledging a series of policy measures to improve the economy as it attempts to rebound from Covid-19. She said that she would: “Get government spending under control. Cut VAT on energy – and reduce the planned tax increases that are putting off investment. We must remember that every pound we spend comes out of your pocket first.”

Braverman also stated that she would end the rule of the Strasbourg based European Court of Human Rights (ECHR) in the UK, which the Government blames as the first immigration related flights to Rwanda were grounded at the 11th hour back in early June just weeks after being announced by the Home Secretary.

The Attorney General gave her thoughts on the Brussels led ECHR saying:  “When people voted for Brexit they expected we would take back control of our borders It is unacceptable that a foreign court had stopped the Rwandan deportation flight.  The British people should be able to vote for their priorities and expect that their government can carry them out. This is the definition of taking back control.”

Having resigned from her role as Parliamentary Under-Secretary of State for Exiting the European Union in November 2018 and previously chairing the European Research Group, it is little surprise that Braverman included Brexit as a key priority in her agenda if she was elected to lead the Conservative Party. She said: “I saw Brexit as the most important political decision of my life. My views are not triangulated or calibrated. They are as much a part of me as my DNA.”

Ms Braverman further added that she would balance the Northern Irish protocol created by two Stormont party leaders , a crucial form of legislation with the Good Friday Agreement that helped end the Troubles in 1998 and is at the middle of an argument regarding our exit from the EU.  She said within her article: “Bringing Northern Ireland back within the United Kingdom is essential. Restoring balance to the Protocol will bring stability, safeguarding the legacy of (David) Trimble and (John) Hume.”

Braverman didn’t mention the potential of a second independence referendum in Scotland although did touch on the issues of transgender and identity politics in schools, saying: “When I was growing up, the symbol of our party was the torch of liberty. Argument is always better than censorship. Let’s not go down the identity politics rabbit hole. Single-sex spaces are perfectly normal, especially in schools.”

She concluded: “People voted for us for different reasons, but the common thread is a belief that Britain is at its best when it makes decisions for itself. The British people put their trust in this government. I will never betray that. A government I lead will move heaven and earth to get this country back on track.”

And it seems that her pledges have some support in the Conservative Party with her betting odds slashing to 20/1 from 100/1 just three days earlier becoming PM, with at least eight MPs needed to launch the initial bid for leader. One of these names is strong Brexiteer and MP for Wycombe Steve Baker, who announced he wasn’t running as expected and has thrown his support behind the Attorney General’s bid. The outspoken former Government minister said that the Fareham MP had the “iron resolve and authenticity” needed to lead the country, expressing similar views on Brexit and the ECHR.

The exact timetable for the leadership contest is not yet known following Mr Johnson’s resignation last Thursday, but it is expected that a series of MP ballots will be held in the next two weeks across the Conservative party. It is then hoped that the top two will be decided before the summer recess, whilst ballots will be sent out to members and returned by early September with a new PM in place shortly afterwards.

Although it has yet to be confirmed by the Gosport MP or her team at the time of writing, it appears that Dame Caroline Dinenage will be supporting the campaign of Penny Mordaunt as she retweeted many posts from the Portsmouth North MP on her Twitter page. But it has been a tough start for the former Defence Secretary as she posted a video on Sunday morning with the following caption: “Our leadership has to change. It needs to become a little less about the leader and a lot more about the ship.”

However this campaign launching video, lasting an minute, was immediately criticised for including footage of British Paralympian Johnny Peacock from 2012; the athlete tweeting to ask if his appearance could be removed  The clip also showed South African runner Oscar Pistorius, who is still serving a prison sentence in his home country after being found guilty of murdering his girlfriend Reeva Steenkamp on Valentines Day. By Sunday afternoon this video had been taken down and a re-edited version shared in its place.

Although not accessible without a Telegraph account, Braverman’s article can be read here and more updates will likely be shared on her official website link. Updates on the Conservative Party leadership contest can be found via their website, or clicking on mainstream media platforms such as BBC or ITV.

PICTURED BY SKY NEWS: Suella Braverman walks along Downing Street to a cabinet meeting in 2020. 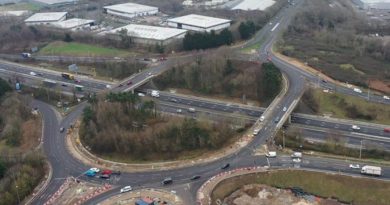 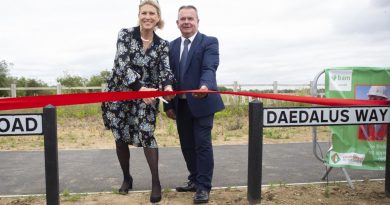 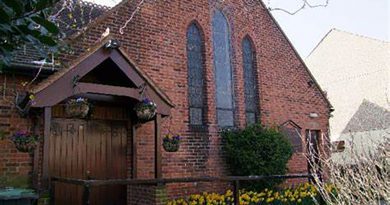 Healing Hub meetings to continue over the summer