GOSPORT-BASED boxer Mateusz Bereznicki won the bronze medal in a fantastic performance at the Under-22 championships held this week, but will be rueing a potential missed opportunity as he pushed Russian counterpart Vladimir Uzunian all the way in a fiery battle in Italy last night (June 22).

The 20-year-old is originally of Polish heritage but now based in Gosport having studied at Bay House School. He is a key member of the town’s amateur boxing club located on Thornbrake Road, doing the whole borough proud in a great display over the last 10 days of boxing action held at the Roseto degli Abruzzi centre.

Bereznicki had previously defeated Lithunian’s Darius Voisnarovic and Slovakia’s David Michalek to reach the final four of the under-22 European 91kg category last week, offering a great chance for European Glory before his knife-edge defeaton Tuesday night with points ultimately deciding the winner in a tough encounter.

Despite his defeat the Polish boxer exceeded his own expectations in this tournament – reaching the semi finals set a personal best in this competition against tough competition with some even preparing for the Olympic games in Tokyo next month.

Sadly for the youngster, he will be watching from afar due to his age and timings of qualification events in the pandemic. Following cancellations last year of worldwide events aimed at gaining Olympic team places, this can only be secured through the European Championships that took place in 2019. At this stage Bereznicki was still in the youth levels of boxing and not eligible to participate.

However he aims to participate in the 2024 Olympics to be held in Paris, representing his home country in the global event for the first time with odds stacked firmly in his favour. In his first year at senior level, he has claimed both the under-23 and senior elite heavyweight titles in his home nation during 2020-21, only adding to his reputation with the latest success. 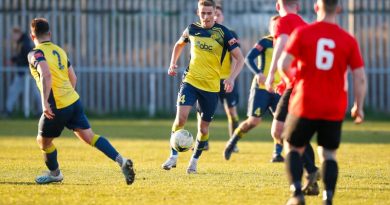