GOSPORT MP Caroline Dinenage has broken her silence on the ‘partygate’ scandal engulfing Westminster over the last seven days, confirming she had written letters to senior Tory members outlining local thoughts on the matter and that she would make a further statement when a civil service led inquiry reports its findings in the near future.

The last week has seen further allegations of social events held at Downing Street since the first story broke in December last year, with the latest being a garden party allegedly attended by Prime Minister Boris Johnson in May 2020. Before the weekly session of PMQs the PM apologised and admitted his involvement at the garden party, saying he thought it was a work event.

Over the weekend further allegations have emerged that two parties were held at Number 10 on the eve of Prince Phillip’s funeral in April 2021, something that Downing Street hasn’t denied and have apologised to Her Majesty for this event. It is important to stress that Boris Johnson wasn’t at this alleged party, instead located at Chequers for that weekend.

But combined with the garden party in May 2020 and Christmas lockdown parties, including a video that saw staff joking about ‘fictional parties’ that were ‘not socially distanced’; public anger has risen and MPs of all constituencies have reported receiving hundreds of correspondence from their constituents.

In a statement on her website on Saturday night, five days after the allegations became public, Caroline said: ““I understand and share the anger about recent allegations of events in Downing Street during the Coronavirus lockdowns, including one attended by the Prime Minister on 20 May, 2020”

“I know that people across this country made enormous sacrifices during these lockdowns to get us through the Pandemic.  I have heard heartbreaking stories of loved ones dying alone, people unable to see sick and elderly relatives or new born grandchildren.”

“I strongly believe that those who make the rules should follow the rules. We cannot have a culture where it’s one rule for staff in Downing Street and one rule for everyone else. I take the views of my constituents very seriously and I have written to both the Chief Whip and the Chairman of the Conservative Party to share the thoughts of local people.”

The Gosport MP continued: “Sue Gray will report the conclusions of her inquiry into the events shortly and the Prime Minister will come to Parliament to make a statement.  At that point, when all the facts are made public, I will be in a position to say more.”

As reported widely on mainstream, Sue Gray is currently head of the internal inquiry in her role as a senior civil service; with rumours that her report is due to be finalised by the end of next week. However voters have been told this may be delayed as new allegations come to light, with the PM under pressure to resign following the scandal.

Opposition leader Sir Keir Starmer has called for the PM’s exit from Downing Street alongside SNP’s Westminster leader Ian Blackford, whilst five Conservative MPs have submitted a letter of no-confidence in Boris Johnson with another 49 needed to trigger a leadership contest. 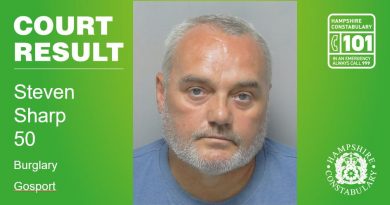 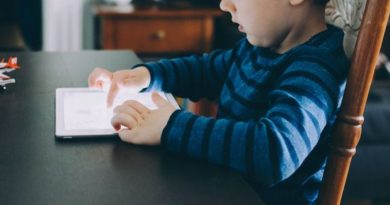