NOT for the first time in this 2021-22 campaign, Fareham Town FC ran riot with another high-scoring win in the Wessex League Premier, beating struggling Christchurch 7-1 on Saturday afternoon.

There were six different scorers on a sunny day in Dorset, adding to the 22 goals from the six games proceeding this match. with the Creeksiders winning one of only three league encounters this weekend while other teams were featuring in the FA Vase competition 1QR.

On a dry surface at Hurn Bridge, Fareham started brilliantly and took the lead after just two minutes. Great work from Charlie Cooper down the right allowed Callum Benfield to shoot, slotting home an easy rebound after his initial effort was brilliantly saved by the Christchurch goalkeeper Oliver King. This early lead was doubled for the Creeksiders after eight minutes as Cooper’s cross provided Benfield with a simple header that again went into the net on its second attempt past a static home defence.

Stunned by their poor start Christchurch began to get a foothold on the match as winger Jamie Gleeson and centre midfielder Ethan Maddocks went close in a spell of attacking play, which got its reward when the hosts pulled one back on 18 minutes. Striker Steve Flynn broke clear and shot from distance, beating Town keeper Luke Douglas who couldn’t stop the ball from reaching the bottom corner; so no clean sheet for the club legend playing his first game out of retirement as Dan Kempton was unavailable. It was also the first goal Fareham had conceded in three league matches running back to August.

From this point the visitors dominated the rest of the first half as Benfield almost clinched his hat-trick with his header from Ben Rowthorn’s set piece. But it was 3-1 just before the 30-minute mark when Archie Wilcox fired an excellent volley from a free kick into the corner to extend Town’s lead. There were further chances to make it 4-1 at half-time as Benfield and Ethan Jones forced King into saves, before an effort down the other end nearly reduced arrears as the full-back’s shot flew wide of the post.

Both teams made changes at half time as Christchurch came out firing, but sadly for the hosts they were guilty of moving too quickly and the linesman awarded three offsides as Fareham’s defence stood firm. This solid backline gave Town a platform to attack, putting the game to bed as they were awarded a penalty on 55 minutes when Rowthorn was tripped inside the area. After handbags and mass appeals from the home defence, Jones stepped up and slammed the spot kick into the right side to extend his team’s lead to 4-1.

Despite having a three goal disadvantage, the hosts were still working hard as River Smith’s effort had to be blocked by a wonderful sliding tackle from Ashley Tattersall on 68 minutes; while Batista fired wide from range when well placed. But Fareham were simply more clinical and added a fifth goal on 73 minutes, coming from another Rowthorn free-kick delivery that was headed home by Curt Robbins. This goal allowed Pete Stiles to make changes with Simon Woods and Ryan Mackey coming off the bench, both attackers forcing contributions in the last 15 minutes of play.

Fareham clinched their sixth goal of the afternoon as the ball was cleared out by the Christchurch defence, with the resulting throw-in launched into the box by Jones. It bounced through a crowded six box to find Woods, with the lurking striker heading home at full stretch at the far post on 81 minutes. And with 60 seconds remaining on the clock, the goalscoring was complete as Town added a seventh goal. Mackney lofted a fine pass to find Josh Benfield, who turned his marker and fired home past a stranded King in the Christchurch goal, the keeper not at fault for any of the seven goals conceded.

Credit to Christchurch though who kept attacking until the very end, which nearly got the hosts a late consolation goal in stoppage time. A long ball found Smith who was arguably put off by the large figure of Douglas and rushed his shot, firing it wide of the far post when it was harder to miss. This did sum up the afternoon for the hosts with referee Peter Carr ending the misery shortly afterwards; confirming yet another huge victory for Fareham who rose to second place in the league with this result.

Following three straight away matches and indeed wins, the Creeksiders will return to Cams Alders for two matches versus Alton across separate competitions. Firstly the two sides will clash in the league on Saturday afternoon (September 18) with a 3pm kick-off time, before the Meon Valley based side visit again three days later (21/09) in the Hampshire Senior Cup Competition. Home league matches versus US Portsmouth and Christchurch (reverse fixture) will round out a busy month of games as Fareham look to build on recent form after an extremely shaky start. 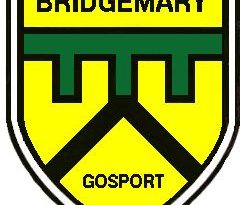