RESIDENTS of the Holbrook community joined forces this morning (August 1) as they came together to launch a tidy-up operation around the Forest Way area of Gosport, with a great turn out in very changeable weather conditions and at least seven Gosport Borough Council rubbish bags filled ready for collection in due course.

Starting at 11am in the play park opposite the new Starbucks facility, the group were divided into smaller teams and set an individual task to carry out, with the area from the Leisure Centre to the top of Forest Way covered today.

Litter was picked up, bins emptied, branches and brambles cut and other housekeeping jobs were carried out in just one hour of work  by between 10 and 15 volunteers.

The event was organised by local resident Paddy Bergin with permission from Gosport Borough Council and StreetScene. Food and drink was available for volunteers at the Manor Hotel and Pub from midday to say thank you for their hard work.

Filled rubbish bags were placed at the entrance to Forest Way for collection by GBC early this week, with a large pile quickly accumulated from the work this morning.

Residents chose to carry out this ‘tidy-up’ in response to increased littering from the nearby food complex at Brockhurst and a rise of overgrowth in the Holbrook area, with the example being the dog-walking path behind Hutfield Link currently inaccessible.

Storms and windy weather hasn’t helped in recent days with leaves being blown off trees, as well as moss falling on the ground in 60mph-plus gusts.

Community spirit seemed to be the ‘buzzword’ and the volunteers appeared delighted with their strong efforts and the Holbrook area certainly looking tidier in the Sunday afternoon downpours of rain despite sunshine earlier in the day.

Following the success of this ‘inaugural’ litter morning, similar activities are planned as organisers want to continue togetherness from the Covid-19 pandemic. 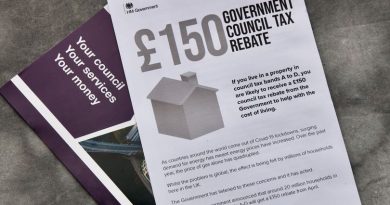 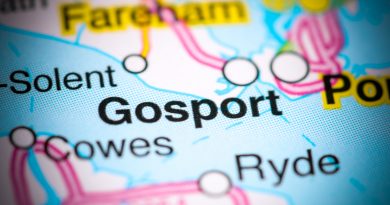