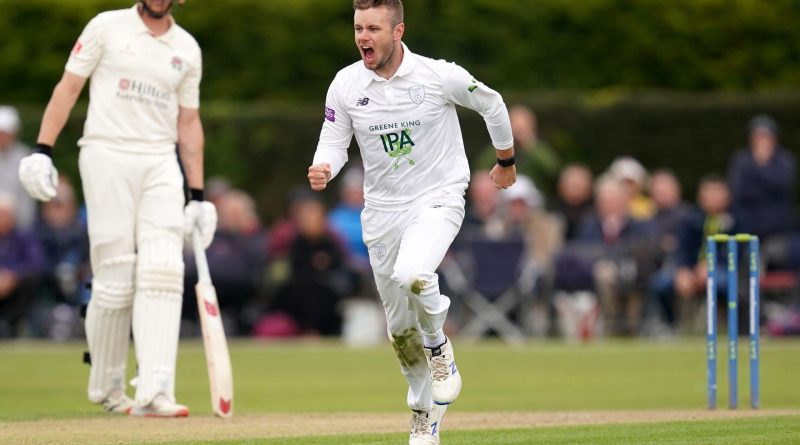 HAMPSHIRE CRICKET have announced that leg spinner Mason Crane has signed a new contract extension, which will see him stay at the Ageas Bowl until at least the end of 2024; continuing his association with the county from the tender age of fourteen.

Now twenty five years old, the bowler made his Hampshire first team debut in July 2015 during a NatWest T20 encounter versus Surry; taking the wickets of Kumar Sangakkara and Vikram Solanki in four overs to help clinch a twenty-nine run victory at the Ageas Bowl.

Crane made his County Championship debut just two weeks later versus Durham in Southampton as he took five wickets and scored five runs in a draw at the Ageas Bowl, impressing with his mixture of leg spin and googly style deliveries that caused problems for the batsmen.

The bowler became a popular mainstay in the Hampshire side across all formats, his performances gaining traction as he was called up for the England international side for two Twenty-20 encounters in June 2017 playing at both the Ageas Bowl and Cardiff’s Sophia Gardens.

Although he did not bat in either match as number eleven, Crane did take one wicket across the two games against South Africa as he dismissed visiting captain AB de Villers for 35 runs in Cardiff. He has not played any 50 over one-day internationals for England at the time of writing.

Returning to Hampshire he performed well in the later stages of 2017 and made his only test match appearance versus Australia in the Ashes fifth test at Sydney in January 2018. Crane scored six runs and took his first wicket in five day cricket as he dismissed Usman Khawaja, ultimately being on the losing side as the hosts won by an innings and 120 runs to seal a 4-0 series victory.

He was then selected for England’s tour of New Zealand in March 2018, but suffered a stress fracture to his back during the winter and ongoing issues meant he didn’t play any long format cricket for the whole year; including Hampshire’s County Championship campaign.

However Crane did appear in Hampshire’s Royal London One Day Cup run which saw them beat Kent in a thrilling final at Lords, finishing with fifteen wickets at an average of 29.13 and an economy rate of 5.91 per over. He also added thirty runs to the scores throughout the competition.

Crane returned to full fitness for the 2019 campaign as he took thirty wickets and scored 117 runs across all three domestic formats, which helped Hampshire reach their second straight one day final and finish third place in the County Championship Division One standings after sixteen games.

The 2020 campaign was heavily affected by Covid-19 restrictions but this didn’t stop Crane’s good performances in the Bob Willis Trophy, taking fourteen wickets and scoring 33 runs as Hampshire finished fourth in the South Group. He also clinched nine dismissals and added another 25 with the bat in the Vitality Blast campaign that summer.

And in 2021 the bowler was key to Hampshire’s campaign in the shorter format as the Hawks made another final days appearance; taking 16 wickets throughout the competition. Crane further took 23 wickets in the County Championship from six appearances, including a best of 5-41 versus Lancashire in the final game of the season as his team narrowly lost out on the title

Crane will hope to help ensure Hampshire take the next step and win the 2022 title of the four-day format, joining a range of other players to sign new contracts including Lewis McManus and Brad Wheal. He is expected to feature in the Hundred again this summer for London Spirit, having played for the side in the first ever competition of its type

Crane said in a statement on the county’s website: “I’m very happy to have signed a contract extension here at Hampshire. I’ve really enjoyed my time at Hampshire so it was an easy decision to extend my stay and I’m looking forward to pushing for silverware”.

Director of Cricket Giles White joined the positive sentiments by saying: “We are delighted that Mason has committed his future to Hampshire. He has developed into a vital member of our squad and we are confident that he will contribute to any successes we have in the future.”