FAREHAM Town equalled their biggest-ever FA Cup victory record set in 1979 as they brushed aside Somerset-based Street FC on Saturday afternoon,  winning 8-0 against the Western League side on a great afternoon played in overcast conditions at Cams Alders.

A hat-trick from Josh Benfield set the tone as the Creeksiders utterly dominated the game and chances, with many others getting their scoring boots into gear for the upcoming season in clinical style.

In front of 181 spectators taking shade from a pre-kick-off downpour, Street had the first chance within 90 seconds as Kyle Strange brought a great save by Dan Kempton in the home goal. But it was Fareham who were looking more likely to score as they dominated possession and took the lead after seven minutes; a throw-in was taken by Ashley Tattersall and played into the channel, allowing Charlie Cooper to advance and fire into the corner with a looping effort. It was 2-0 in the 15th minute when Josh Benfield scored his first goal as he wriggled free of the last defender and slipped, but saw his lobbed effort evade the stranded Street goalkeeper Dracos Ojog.

Although they were being exploited in the defensive areas, Street were still looking good in attack as captain Oscar Latas bent a shot wide and Dan Peach’s effort was denied by a good block. But it was soon 3-0 after a corner saw desperate defending and an inital shot from Curt Robbins was saved by Ojog, but sadly for Street the ball fell to Josh Benfield who made no mistake with a low placed shot into the bottom corner. After this third goal Town made an enforced change as Callum Benfield limped off after 23 minutes following an awkward fall.

After chances for Dave Parker and Charlie Cooper as Fareham sought to exploit a weak struggling away defence, it was 4-0 with 10 minutes left of the first half as Simon Woods was allowed to waltz through and calmly slot over the outrushing away keeper Ojog with a fine solo goal that got home fans standing in appreciation. Five minutes later it was 5-0 as the ever-threatening Josh Benfield broke clear of the Street backline and calmly finished underneath the keeper’s legs into the bottom corner; ensuring his first half hat-trick in just 39 minutes.

A sixth goal came in stoppage time following the injury to Callum Benfield, with Ashley Tattersall breaking down the right wing and finding Dave Parker in space inside the penalty. The striker, who had looked dangerous throughout, opened his account for the Creeksiders as he side-footed home inside the post with a first time effort. Street then had the final chance of the half as they progressed towards the edge of the box, but a speculative effort flew harmlessly over the crossbar with the referee blowing the whistle soon after.

Following the dramatic first half, the second started in a calmer and sedate manner with many substitutions for both sides disrupting the flow of play. This doesn’t mean that chances were at a premium though with Street again forcing a save by Dan Kempson from a Ben Fowles effort and sloppy play saw Bradlee Shepard going close from range. Down the other end Fareham also saw opportunities for a seventh as Charlie Cooper went close and Ethan Jones’ shot was tipped over the crossbar by the Street keeper; whilst a shot by Ashley Tattersall flashed inches wide of the goal and also missed the diving feet of Dave Parker at the far post.

A seventh goal did arrive for Fareham arrived on 63 minutes as a fine passing move found Charlie Cooper on the edge of the box. The midfielder cut inside and fired an effort into the corner via a deflection off Street defender Toby Davey, with the goal given to the Creeksider after a small discussion between media officials. The goal-scoring was over in the 83rd minute after a much deserved lull in Fareham’s attacking edge, coming from a free-kick just outside the penalty area. The set-piece was taken by Dave Parker and the shot was saved by the Street keeper; with the rebound tapped into the empty net by Town substitute striker Gary Austin to make it 8-0.

But despite the Creeksiders scoring many goals and dominating throughout, they were arguably lucky to maintain a clean sheet with Street looking for a consolation; they forced McKenzie Hill into a great block off the line and Jordan Lovibond’s shot was well saved in the final minutes as Fareham recorded their first clean sheet of the new season. It finished 8-0 to the Creeksiders as they equalled their biggest ever win in the FA Cup held since 1979 against Littlehampton (eight-nil then) against a side that looked low on confidence although good in attacking areas throughout.

Fareham’s next FA Cup clash will see them play Alresford Town in the Preliminary Round on August 21 in an all-Wessex League Clash; but first they will play two league matches over the next two weeks. Bashley will visit Cams on Saturday 14 in the second game of the Wessex League, before the Creeksiders travel to Portchester three days later in the first El-Creekio of the 2021-22 campaign. There is no games this midweek as it was allocated to any potential FA Cup replays, which wasn’t needed for Fareham after their easy victory. 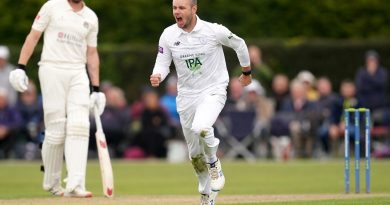 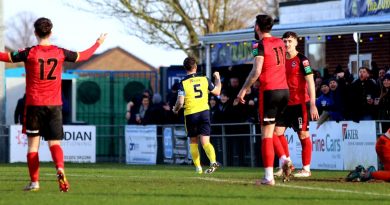