INCREASED alcohol consumption and heightened emotions are just two well-known triggers for domestic abuse.
Research carried out at the University of Lancaster found domestic violence towards partners and children has previously increased during national football tournaments.
The increase was seen to rise by 26 percent if the national team had won. And a more concerning figure of 38 percent was recorded if they lost.
Higher levels of referrals for support are anticipated by the charity Stop Domestic Abuse this year as we see the return of sporting events such as the Euro Tournament.
Covid-19 has delayed mass gatherings for about 15 months and eager fans have been kept waiting.
Locally based SDA is once again raising awareness and has joined Hampshire County Council in its `Blow the Whistle` campaign which is set to run alongside the championships this summer.

Messages of support and encouragement for victims to seek help will be displayed at each of the England games including quarter, semi and final matches.

‘Anyone can be a victim

CEO of Stop Domestic Abuse Claire Lambon said: “Being able to celebrate football alongside the easing of lockdown restrictions is a milestone for us all after the past year. We are now at a stage where we can socialise again, and football is a fantastic way to bring families and communities together. Sadly, services like ours anticipate an increase in demand.

“During this time, emotions can run high, but it is by no means an excuse to abuse your partner. It is important that domestic abuse services remind victims of abuse that there is help and support available. 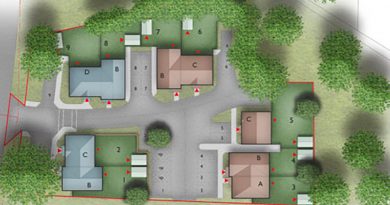 Housing approved despite land being allocated for community use