POLICE have issued an e-fit of a man they want to talk to following a sexual assault in Twyford Avenue, Gosport.

The incident took place on Sunday, February 14, shortly before 7.25pm.

A man approached a woman unknown to him and hugged her forcefully before kissing her on the neck. The woman was not injured.

Officers have been conducting a number of enquiries and are now asking the public if they can identify the man pictured in the e-fit. He is described as black, 5ft 10in tall, skinny, in his mid-30s. The man had a narrow face with visible cheekbones, was clean shaven and wearing a khaki jacket with side pockets and a black top underneath.

Anyone with information is asked to contact police on 101, quoting 44210056262. Alternatively, they can contact the independent charity Crimestoppers anonymously on 0800 555 111, or via the online form at crimestoppers-uk.org. 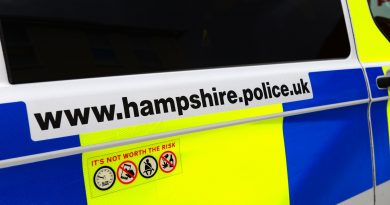