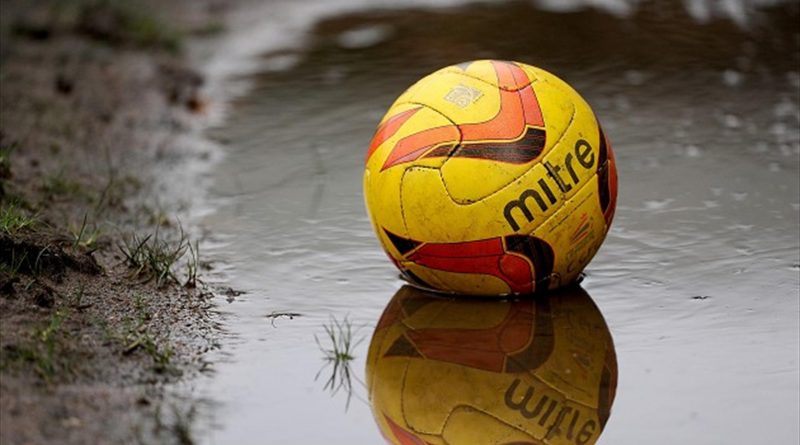 FAREHAM TOWN AND AFC PORTCHESTER’S league games scheduled for Saturday have both officially been postponed, with the Wessex Premier Division fixture list being again affected by heavy rain and waterlogged pitches across Hampshire this weekend following recent unsettled weather.

Announced last night Fareham’s scheduled mid-table clash away versus Bashley was subject to a pitch inspection at 10:30am, with further rain making the surface at Glen Mex Stadium unplayable. This was confirmed shortly before 11am via both club’s social media platforms.

The Creeksiders will now face a seven day wait until their next match, which is scheduled to be away to Bournemouth Poppies on January 15. They will host Locks Heath in the Portsmouth Senior Cup three days later at Cams Alders before travelling to Alton in two weeks’ time.

Meanwhile confusion reigned at Bonneymead Park as Portchester prepared to travel to stugglers Amesbury Town, with the pitch deemed playable at 11am after an early check. However further downpours in Wiltshire saw another inspection at midday, with surface water ultimately postponing the league encounter.

The Royals’ next game will see them host Alton at the On-Site Group Stadium next Saturday, January 15 with a 3pm kick-off, before travelling to Eastleigh for their league clash versus AFC Stoneham seven days later. Portchester will end January with a match versus mid-table Bashley on 29/01.

No dates have been confirmed for these postponed matches at the time of writing, but the two games join a host of other Wessex League games to be postponed. Weather has seen games at Cowes, Portland, Christchurch and US Portsmouth also cancelled; with only four clashes involving Baffins Milton Rovers, Blackfield & Langley, Hamworthy United and Shaftesbury surviving the elements.

PICTURED BY ALARMY STOCK PHOTO: Football stuck in puddle on a waterlogged and unplayable pitch surface