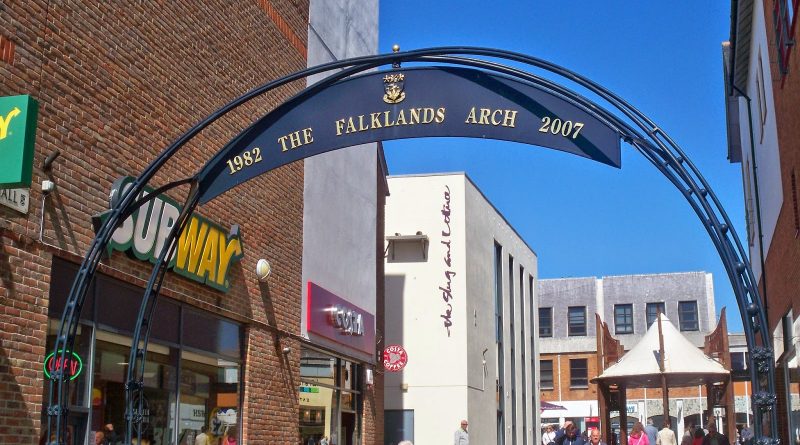 FAREHAM BOROUGH COUNCIL have approved plans for a large public event that will officially commemorate next year’s 40th anniversary since the end of the Falklands War; featuring a range of community activities, a parade through the town centre and adaptions to the existing Cremer Mall archway located near Quay Street car park.

Although not confirmed by council officials this proposed event is due to take part on June 14th, 2022, which will mark forty years since the end of the Falklands War in 1982 after three months of conflict between the United Kingdom and Argentina. It resulted in 255 British deaths and 775 injuries to our soldiers as the UK retained the disputed territory.

Fareham will join towns and cities in marking this important anniversary, with personnel from HMS Collingwood exercising the base’s right to freedom in the borough by marching through the town in a parade event; with promises of ‘colours flying, drums beating and bayonets fixed’ alongside some unspecified community events suitable for all ages.

But in a poignant reminder of the loss of life and impact, another plaque is due to be added to the Falklands Arch opened in 2007 by former Prime Minister Baroness Margaret Thatcher to mark the 25th anniversary. Five years later plaques were erected showing the names of all 255 UK task force servicemen who lost their lives in the short but devastating conflict.

This proposed new plaque is set to include the dates of enhancement and what it is representing, with guests such as veterans and VIPs invited to the unveiling alongside members of the public. It is not known if a remembrance ceremony will be held alongside these events, as seen with Armistice Day and Remembrance Sunday commemorations held annually.

The total costs for the ceremonies and additions made to the arch is set to be £20,120, which will be funded by general fund reserves. But councillors felt the anniversary was crucial to residents of the town as one to acknowledge and commemorate as a community after two years of Covid-19 related restrictions; council leader and councillor Sean Woodward saying:

“There are a significant number of residents in Fareham who are affected by the Falklands War and that’s in terms of them losing loved ones, friends and neighbour.”

These proposals come shortly after events were unveiled in Portsmouth for a ‘nationally significant’ event; a fitting tribute as the city proved key to the conflict with multiple Royal Navy ships involved. In addition Falklands veterans have received the freedom of the city of Portsmouth as part of the 40th anniversary preparations; joining their freedom of Gosport that was awarded in 2005.

No information has been given yet on how the UK Government is planning to mark the 40th anniversary, with many MPs including Caroline Dinenage asking the question in Parliament on November 15. It is believed that plans have been drawn up and will be released to the general public in due course 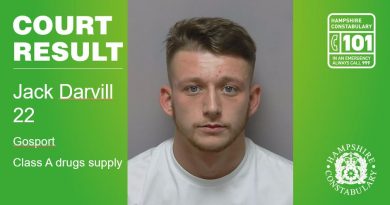 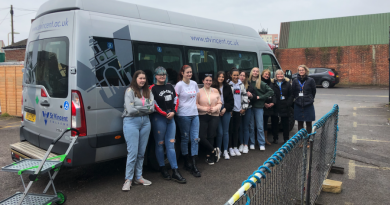 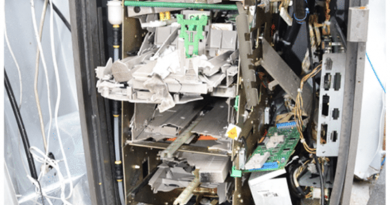