By Connor Steel (including photograph taken in July 2019)

FAREHAM TOWN FC have relaunched their appeal for volunteers to join them on matchdays, starting with their season opener versus Baffins Milton Rovers on Tuesday (03/08). It comes after a recent request fell short of the required numbers, although there was some interest in certain positions that have now been filled.

The Creeksiders are asking for volunteers to assist the Cams Alders team by selling official matchday programmes and 50/50 draw tickets to be picked during the half time interval. It is believed that the media and steward roles have been arranged for the meantime, although this could change at any time during the 2021/22 season.

Any support volunteers will get free access to games and be able to join in the matchday experience once the job is done, with large attendances expected per game after lockdown and the return to competitive football. If anybody is interested be sure to email the club secretary at: secretary@farehamtownfc.co.uk

The Creeksiders first three games of the new season will be held at Cams, including an FA Cup tie versus Somerset-based Street FC next Saturday. Fareham will be hoping that the start of competitive football will yield better results than the final games of preseason, losing 8-1 to Salisbury and three-one to Folland Sports in midweek.

But despite the excitement of the new campaign, the Creeksiders lost one of their emerging talents to arch-rivals Portchester in an intriguing signing. Archie Wilcox has joined the Royals for the 2021-22 campaign, with manager Dave Carter saying “The young centre half is a great signing for us, he has a big future in front of him in football” .

Tickets at Cams Alders will be £7 for adults, whilst a concessions ticket will set supporters back just £4; separate season-long passes can also be purchased with more information on the club website. It promises to be an exciting campaign and one that Fareham will look to prosper in after a boost in finances this spring, following last seasons top eight finish and record FA Vase run before the lockdown curtailed the season. 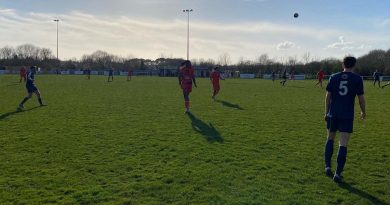 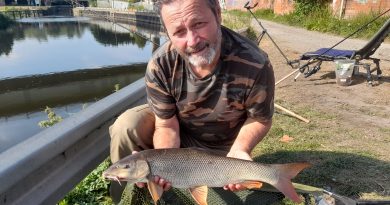 Plenty to carp about in search for the barbel 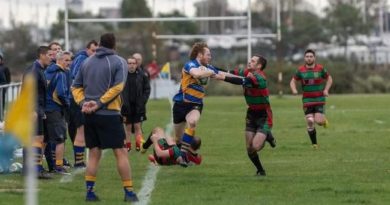