A FORMER Hampshire Constabulary District Commander for Fareham and Gosport has been named as the new Chief Executive at the Office of the Police and Crime Commissioner.

Jason Kenny was in charge of the district from December 2009 to December 2012, and later held the same post for the City of Portsmouth.

During the last nine months he has been Senior Police Liaison Officer at the OPCC.

His CV includes Masters degrees in Public Administration and in Science Security & Risk Management and he is currently studying for a Professional Doctorate in Criminal Justice from the University of Portsmouth.

Welcoming his appointment, Hampshire Police and Crime Commissioner Donna Jones said: “He has dedicated the last 30 years to policing and criminal justice whilst demonstrating he is able to work collaboratively with public sector partners to achieve better outcomes for local communities.”

“The CEO has direct accountability for operational delivery by the OPCC and leadership of all members of staff therein, and will ensure the delivery of professional, effective and efficient services.”

Mr Kenny accepted the role is a challenge but said: “My background and experience means I can hit the ground running, providing the Commissioner with vital oversight of police services on behalf of the public.

“Hampshire and the Isle of Wight are areas that need greater policing focus. Through the OPCC I will be supporting the Commissioner to improve the safety for all members of the public.”

In a document presented to Hampshire County Council’s Police and Crime Panel which confirmed the appointment, the proposed annual salary for the CEO is specified as £92,000 – a saving of more than £10,000 a year – following a review of the CEO salary grade. 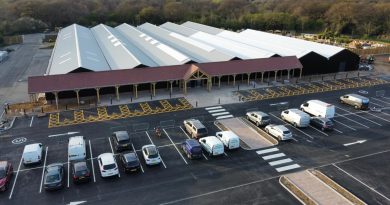