GOSPORT BOROUGH FC have announced arguably their biggest transfer in recent years, with the signing of former Premier League star Matt Briggs adding to a list of exciting deals made this summer.

The announcement was made in a series of articles and interviews on the club’s website/social media, with high praise and excitement from many around Privett Park just before the new season.

The six-foot left back was born in 1991 and was spotted by scouts from Fulham at the age of 10. Briggs made his first team debut for the Cottagers in a 3-1 defeat versus Middlesbrough in May 2007 after an impressive run for Fulham reserves, becoming the youngest player to play in the top division at age 16 and 66 days. This record stood for over 12 years before being beaten by Harvey Elliot in 2019.

Alongside 30 first team appearances for Fulham, Matt Briggs also played on loan for many clubs during his seven years at Craven Cottage. Leyton Orient, Peterborough, Bristol City and Watford all saw influence from the left back, with the latter seeing his first professional goal scored against Blackburn in a 4-0 thrashing.

Briggs also saw play-off drama and Wembley in his short time at the Hornets, before joining Millwall for the 2014-15 campaign.

The left back had a mixed debut in front of fans at the Den in August 2014, scoring the winner in a 1-0 victory versus Wycombe in the League Cup. However he was sent off for two yellow cards and found his first team opportunities limited thereafter, making only 12 appearances for the club in five months before moving again.

Briggs’ next destination was Colchester with an initial loan spell before the deal was made permanent in the summer of 2015 after helping the Us avoid relegation. He made 41 appearances overall that season and things seemed to be progressing in the young player’s careers, before an injury knocked his potential from the 2016-17 season., A major hip operation led to several months off the pitch, but returned in February 2017 and Briggs made 15 appearances during the campaign before being released at the end of his two-year contract.

Short spells at Lincoln, Barnet, Chesterfield, Maldon & Tiptree, Coggeshall Town and Dartford then followed as he continued his exploration of England’s footballing pyramid.

But after varying successes he moved to Danish First Division side HB Koge in August 2019. Despite a positive start in the Superliga, it turned sour after a row over winter holidays and his contract was terminated just before the lockdown in March 2020.

Brings returned to Denmark six months later as he joined Vejle BK on a two-year contract, but only made limited appearances for the club after making his debut in late October versus Randers.

It was announced that his contract had been ended by mutual consent on July 13, with Gosport Borough pouncing on the news and confirming this latest transfer just 10 days later.

Boro’ will also be inheriting a player with international experience; Matthew Briggs is currently the captain of the Guyana national side after qualifying for the nation through his grandmother.

He has currently made 15 appearances internationally following his debut in March 2015, scoring his only national goal in November 2019 after four years away from his nation. Briggs has also represented England in the majority of the youth sides (u19, u20s, u21 etc) in the early stages of his career, seeing limited appearances and scoring just one with the U19s before choosing his grandmother’s nation.

Now at Privett Park, Briggs will provide great competition with Rory Williams for the left back role and play at centre back mostly during a hectic 2021-22 fixture schedule that starts with a home clash with Poole in three weeks’ time.

And early rumblings from home staff and officials are hugely positive, with manager Shawn Gale hailing the latest signing and thanked chairman Iain McInnes for his support in getting this deal over the line despite six players joining the club this is surely swelling in quality and experience.

In an interview on the Borough website on Friday, July 23, the boss was quoted as saying: “First of all I have to thank the Chairman for it. He has backed me saying we need some marquee signings if we can. It’s very difficult at our level.

“We are competing with some very good clubs around here who have got some good players, the likes of Havant and Eastleigh, we are not going to compete with them they’re higher than us up the ladder. So to be able to bring Matt in, someone of his quality and experience is massive and that is down to the Chairman really and how he backed me.

“He played 45 minutes at Horndean he was decent – he is a good player. It’s a great signing for us. I’m really excited to work with him, he’s a really nice lad and on what we saw the other night I’m really pleased.”

He added: “We have some good centre halves, some good young centre halfs but you do need your experience through the spine of your team and that is what we are trying to build and build around it. Matt will come in and play centre half, he’s a left footer as well so that will give us a better balance as well, whether we want to play a three or play a four.”

Briggs played in Gosport Borough’s disappointing 4-3 defeat away against Horndean on Tuesday night in a midweek thriller (Horndean 4-3 Gosport) and made his home debut against Hungerford this afternoon (July 24) in a 1-0 victory (Gosport 1-0 Hungerford) to applause from the home crowd at Privett Park after the clean sheet was secured. Both reports can be read on the Gosport Borough website or through the links in this article. 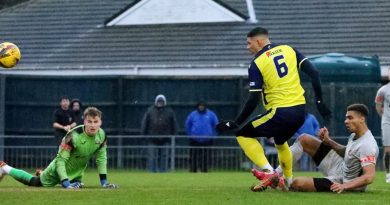 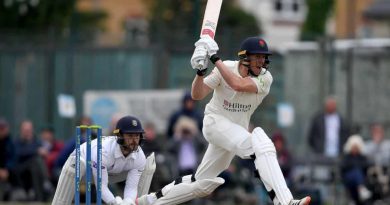