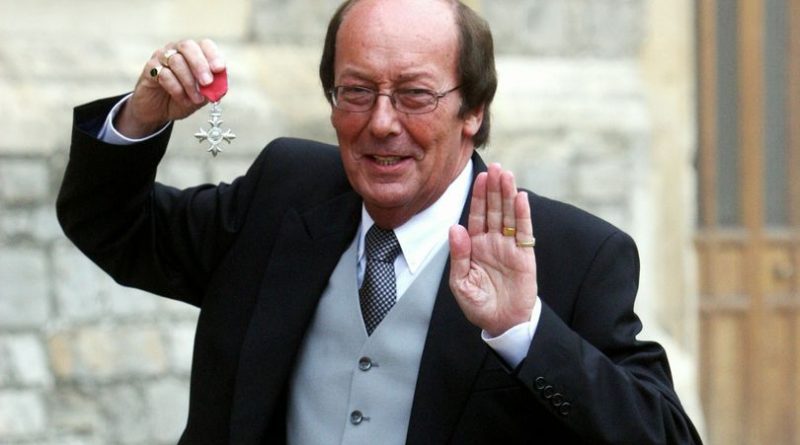 FRED DINENAGE has announced his exit from ITV Meridian effective from Christmas 2021, bringing an end to a 38-year career with the broadcaster that has seen him become the longest serving regional anchor.

Dinenage, who is also the father of Gosport MP Caroline, has become a regular feature of local news programming, working with names such as Natasha Kaplinsky, Debbie Thrower and, more recently, Sangetta Bhabra on the weekday evening bulletins. It involved covering Hampshire, Dorset, Sussex and Surrey areas as part of a pan-regional format of Meridian Tonight starting in 2009.

The popular anchor-man was awarded an MBE for services to broadcasting by the Queen in 2010; other projects involved children’s television and many crime documentaries for Sky including ‘Most Evil Killers’. In his role with Meridian ITV, he has covered huge stories from the murder of Sarah Payne to the Salisbury Novichok poisonings and the 75th Anniversary of D-Day.

Dinenage has interviewed high-profile people in politics, entertainment and sport, from Tony Blair to Dame Vera Lynn and The Beatles. Despite leaving ITV Meridian, the 79-year-old author and journalist is still hoping to continue with his other work. However a priority is the desire to spend time with his wife of over 50 years and family members as part of this partial retirement.

He told ITV on Monday: “After almost 38 years co-presenting the ITV six o’clock show in the south and south east I’ve finally decided to hang up my microphone. It’s been a really tough decision but I now want to spend a few years with my wife, Beverley, and our three dogs smelling the roses in my garden and spending time in the mountains of Austria.

“I will be continuing with my crime programmes and ITV’s How! and writing books, including one recently commissioned. But now I feel it is the right time to move on. I will miss my dear co-presenter, Sangeeta, and my colleagues at ITV Meridian terribly.

“And, of course, I will miss our wonderful viewers who have given me such incredible love and support for so long. I’ve been so lucky in my life and career – 58 years working non-stop on regional and network programmes with ITV and I’ve been blessed by having a truly special family. So, to everyone – thank you.”

His on-screen partner over the last 12 years, Sangeeta, said “Fred has been the best teacher and co-presenter. I always knew this day would come and though I’m really happy that Fred will be spending more time with his family and doing the things he loves, I will miss him massively along with the Meridian team and our viewers.”

Daughter Caroline said in a tweet released after the announcement: “Big love to my wonderful dad @FDinenage today. I know this has been a tough and emotional decision.

“I’m bursting with pride for what he has achieved in the most remarkable 58-year career on the telly. He’s my hero.”