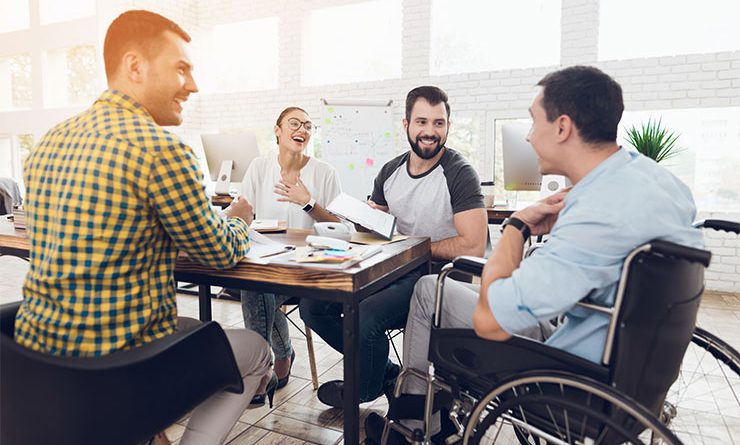 THE Gosport & Fareham Globe is officially a ‘Committed Disability Confident’ member as of today, August 23, having signed up for the government scheme to celebrate the Tokyo Paralympics starting this week and the improved focus on disability rights over recent years.

The newspaper joined the initiative as a ‘Committed Employer’, which is the first of three levels of the pyramid. This means that The Globe is committed to offering disabled people with valuable voluntary experience, placements and even unpaid work trials; thus improving their CVs and boosting chances of journalism experience.

Enrolling means we have joined many other prominent individuals, companies and businesses across both boroughs as members. The list includes MP Caroline Dinenage, Gosport Voluntary Action, B&M Fareham and the Daedalus Coffee Bar & Cafe. The Globe has been awarded a certificate confirming our new status, as well as being able to publicise the award  on stationery, business cards and all forms of social media until August 2024.

If progress is maintained, The Globe hopes it will upgrade to level two in due course. That would mean becoming a recognised ’employer’ of disabled people on paid salaries for part or full time jobs. But that would depend on having funding in place as a result of our continued coverage of local issues.

The inspiration for joining the scheme came from Assistant Editor Connor Steel, who has cerebral palsy affecting his speech, mobility and hearing. But that hasn’t stopped him making steady progress since graduating from Portsmouth University with an Honours Degree in Graphic Design  and becoming a member of our editorial team in January 2019. Connor became a director in May that year, company secretary two years later and still continues his editorial duties despite having started his first full time job.

He said: “I am happy and proud to say The Globe is now listed as a Disability Confident member; it is no more than Robin, Fran and their team deserve. They have opened their arms and have seen me grow with confident, dark humour over nearly three years of voluntary tasks. I can safely say that they have all become an extended part of my crazy and ever-growing family.”

View the Disability Confident Badge for The Globe here and our official certificate can be found here. 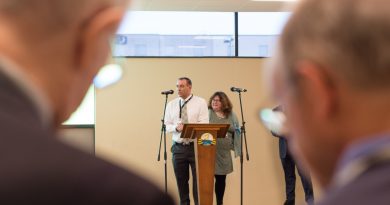