INITIALLY, it was reminiscent of school: face masks in place, the Gosport councillors came separately into the main hall at the Thorngate and were directed to their allocated table where they had to sit and not move around. There was even a social distance ‘prefect’.

The masks could then be removed and the microphones above each table indicated that talking was allowed.

It was not the Council Chamber but the councillors were soon chatting and reading their documents ready for the first face-to-face council meeting for more than 12 months.

But Mayor-making this year had little of the usual ritual except for the handing over of the mayoral chain of office.

That came as Councillor Zoe Huggins (Conservative, Privett) finished her year as Mayor. A year in which she admitted she had, “lost out on a lot of tradition”, but had still raised just under £9,000 for her chosen charities.

Councillor Mark Hook (Conservative, Alverstoke) was elected unopposed to be the Mayor of Gosport for 2021-22. He had given up his roles as leader of the Conservative group and leader of the council in order to be ‘apolitical’ during his term in office.

His wife – Councillor Lynn Hook (Conservative, Peel Common) – will be the Lady Mayoress and, as Councillor Graham Burgess (Conservative, Lee East) remarked, she will be able to offer Mr Hook sound advice having been Mayor in 2016-17.

In his acceptance speech, Mr Hook said his chosen charities will be the fund for the replacement of the Parish Centre in Alverstoke, and youth sports groups in Gosport.

Then, Mrs Huggins was elected unopposed to be the town’s Deputy Mayor – for a second time. She was Deputy Mayor to Kath Jones in 2019-20. It seemed that this unusual step down from Mayor to immediately become Deputy Mayor was to allow her to continue her work in the wider Gosport community.

Mr Burgess – who had last week replaced Mr Hook as leader of the Conservative group – was elected chair of the Policy & Organisation Board and effectively became the new leader of the council.

So, no pomp and splendour, and only a few people in the audience to witness the Mayor-making. But at least the business was completed without the aid of video conferencing. 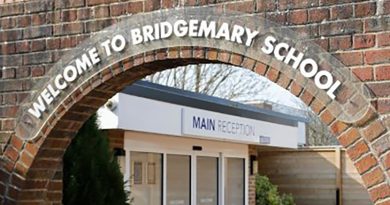