Announcing his decision not to compete in the 2024 Vendée Globe, Alex Thomson has made it clear he wants be very much involved in the race though in a supportive capacity.

And this Freeman of Borough of Gosport – he received the honour in 2014 – has not ruled out being on the start line for the 2028 race.

The Vendée Globe is a single-handed, non-stop circumnavigation of the world and is the flagship race of the International Monohull Open Class Association. Alex Thomson regards it as, “the toughest sporting challenge left in the world today”.

He should know – he has competed in five editions of the race over the last 19 years, coming third in 2012 and second in 2016 despite a broken foil.

But in the 2020 Vendée his luck ran out when a damaged rudder forced him to abandon just two weeks into the two-and-a-half months the endurance event was expected to take.

‘Start of a new chapter’

Indicating the role he will now play, he said: “This is the start of a new chapter, with a new skipper, and we will provide him or her with all the tools, knowledge, experience and environment to win.”

The 47-year-old made it clear the decision is very much due to wanting to be at home more: “I love the sport but it’s now time for me to spend more time on land, with my young family.

“My wife Kate has single-handedly raised our children for the last 10 years whilst I have pursued my dream. Now I want to support Kate and allow her the same opportunity that she has given me.”

Team to remain at Haslar Marina

It is understood the Alex Thomson Racing team plan to remain at their base in Haslar Marina, Gosport, and Technical Director Ross Daniel – who has worked alongside Thomson for 20 years – said: “We have designed and built some of the most innovative boats within the class and our 2016 boat was seen as the reference boat of its generation.

“We are going to continue to use our experience in designing and building boats and running successful campaigns and I am looking forward to the next campaign leading to the Vendée Globe in 2024.”

That leaves the team with two other ‘races’ – to find a skipper for 2024 and probably to find sponsors.

Thomson has talked about the next generation of young talent coming through and there is speculation in the press that the new skipper may be a British female.

Certainly, British women have made their mark on the Vendée Globe with the now Dame Ellen MacArthur coming second in the 2000-01 edition, while more recently Pip Hare and Sam Davies have competed in the race.

The contracts with long-time sponsor Hugo Boss and with technology partner Nokia Bell Labs – which came on board four years ago – are understood to come to an end in December.

Expressing his gratitude for all the support he has had from the sponsors, Alex Thomson’s tone was of the relationships in the past tense and there was no statement about them continuing.

It looks like a new era is dawning at Alex Thomson Racing but whether it will involve award-winning stunts such as the ‘Mastwalk’ and  ‘Skywalk’ remains to be seen. 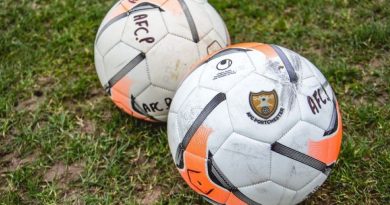 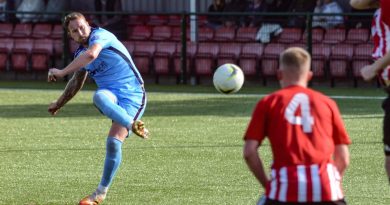 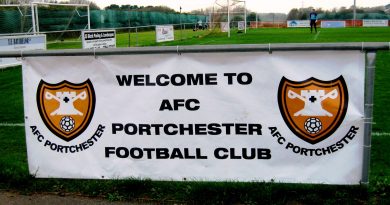