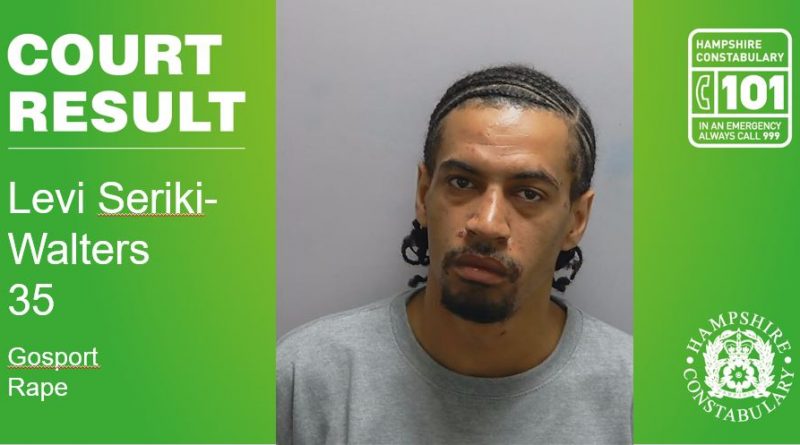 POLICE have confirmed that a man has been sentenced to eight years imprisonment after raping a woman in a Gosport car park eighteen months ago, four weeks after being found guilty in a trial.

Portsmouth Crown Court heard that police were called to the commercial car park near The Anchorage at around 1.40am on 27 August 2020 after witnesses described hearing a woman crying for help.

Officers attended and spoke to the woman, aged in her 20s, who was found by several members of the public in a highly distressed state. She told police that she had been followed, before being physically assaulted and then raped by a man who was known to her.

Police subsequently arrested and charged 35-year-old Levi Seriki-Walters, of no fixed abode, with rape. The court heard that Seriki-Walters had been seen on CCTV chasing the woman from the scene, and forensic enquiries supported that he had raped the woman.

Despite the evidence put to him, he denied the offence and the case went to trial on April 4 (Monday) this year. And eight days later on April 12 the jury found Seriki-Walters guilty after deliberating for approximately two and a half hours at Portsmouth Crown Court.

He was remanded in custody following the verdict and appeared at the same court today (May 10), where he was sentenced to a eight year term in prison.

DC Jasmin Curson, from the Operation Amberstone team, said in a short statement following the verdict: “I want to commend the bravery of this woman for telling officers what had happened to her, and for working with police throughout the investigation and trial period.”

“She experienced something terrible that no person should ever have to experience. The man responsible has now rightly been brought to justice and put behind bars where he can’t harm another person in this way.”

She continued by saying: “We take allegations of sexual offences incredibly seriously, and do everything in our power to support victims and bring perpetrators to justice. We also work closely with a number of support agencies who provide specialist help to those who need it.”

“Anyone who has been affected by this type of crime is encouraged to contact police on 101 where you can speak to a specially trained officer in confidence. We understand not everyone is comfortable talking to police, but please know that there are other independent support agencies out there that can provide you with the help you need.” 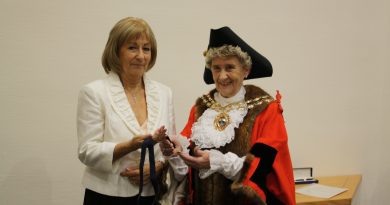