GOSPORT Borough continued their brilliant start to the Southern League season as they hosted Tiverton Town at Privett Park on Saturday afternoon; beating the Devon-based outfit 3-2 in an enjoyable encounter played in dry, overcast conditions.

However the scoreline arguably doesn’t reflect the 90 minutes as the visitors dominated chances in the first period and should have been 3-0 up at least, Gosport putting in their worst performance of the new campaign in the opening 45 minutes.

But like Jekyll & Hyde, Borough came roaring back with three clinical goals in the second period to seal all three points, despite a late consolation goal causing anxious moments in the final stages.

Tiverton started well and saw the first chance after six minutes as Olaf Koszela curled straight into the hands of Gosport keeper Albert White, before the winger placed an effort just inches wide of the post moments later following a free-kick down the left side. Down the other end Borough had a smart attack that saw the offside flag rise, with Rory Williams booked after handbags in the away box; this came following an accidental collision that left Tiverton shot-stopper Lewis Williams needing treatment in the 14th minute.

From this point the visitors dominated against Gosport, who were seeing misplaced passes across the pitch and this invited unnecessary pressure on their goal. On 20 minutes a beautiful ball found Nelson Iseguan who turned the defender to his left foot, but ultimately saw his low effort down the middle gathered easily by White. But the visitors were not about to rue this chance as they took the lead on 28 minutes, Iseguan finding Matt Wright who took the ball round White and smashing home into the top corner.

It should have been 2-0 on 34 minutes as Koszela broke down the left and fed Iseguan, who shot over a first time effort with the goal gaping from the angle. Gosport were finding it difficult to build any pressure and frustration seemed to build on the benches, Shaun Gale and his assistant spoken to by the referee following a tackle that saw Gary Warren booked for shoving a home player into the away dugout. The hosts saw their best chance on 44 minutes after a succession of corners as Dan Wooden was tugged down outside the area, with Williams firing the chance into the wall. It was a rare chance for Borough that summed up their shocking first half performance, with perhaps the only positive being that it was only 1-0 to the visitors after their dominance.

Gosport regrouped at the interval and went close on 51 minutes when Joe Lea rounded the keeper, but the midfielder’s angled shot rolled into the side netting. But the hosts were level five minutes later as the ball was played into Theo Widdrington, who turned his marker and smashed past away keeper Lewis Williams inside the right post. In response Austen Booth went close on 59 minutes with a low effort, before Borough made chances as Theo Lewis and Brad Tarbuck came off the bench.

After a slight lull in which both sides cancelled each other out, Gosport won a penalty following a corner that was cleared away on 71 minutes. The ball was met with a stinging effort from birthday boy Harvey Rew which was parried by the Tiverton goalkeeper, who brought down Lea in a desperate attempt for the rebound. Following protests by away visitors and a booking for Craig Woodman, the spot-kick was calmly dispatched into the bottom corner.

Tiverton were seeking an equaliser that was arguably deserved, with both Wright and Kosela going close in the final 15 minutes. Good play down the left also saw Iseguan round the keeper but couldn’t control the ball on the by-line, with the away sides inability to convert chances punished by clinical Gosport. The hosts added a third goal on 87 minutes when Dan Wooden met a cross down the left, controlling and firing a shot into the bottom right to make it 3-1 with moments remaining.

There was one late twist as Tiverton scored in the first minute of stoppage time; quick interplay ended at the feet of Theo Simpson to turn and fire just inside White’s near post from 20 yards out. But Gosport held on for the three points to keep them second in the league despite a goalmouth scramble that saw Kyle Egan’s shot blocked at source before the final whistle was blown on an entertaining 90 minutes of football.

Gosport remain second in the Southern League Premier after eight games, of which they have won six so far. They will now host Wimborne on Wednesday night at Privett Park, before travelling to Dorchester Town next Saturday (October 2) in their first league away game since playing Swindon Supermarine. Following their Hampshire Senior Cup win against Sholing, the draw for the next round is due to be held late next week by the localised Football Authorities (FA). Visitors Tiverton will now play Merthyr Town on Tuesday night in Wales, before hosting Kings Langley next Saturday. 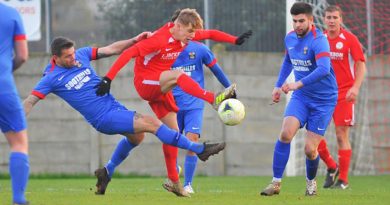 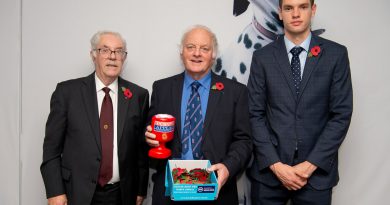 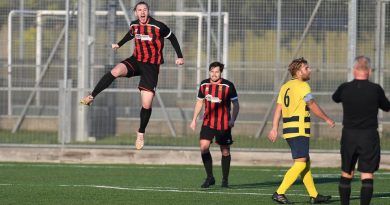