GOSPORT BOROUGH continued their league winning streak with a 2-1 victory over Yate Town on Saturday afternoon, meaning they are unbeaten at Privett Park and stay second in the Southern League Premier South Division after six games played.

But their hard fought and clinical win shouldn’t take away from a good performance by the visitors, who had the better chances throughout and deserved at least a point instead of this ‘smash & grab’ defeat.

Although Boro’ saw an effort by Joe Lea fly harmlessly over the crossbar, Yate Town were looking dangerous in attack as Andy Lewis shot wide from the edge of the box. But the visitors weren’t to rue this mixed opportunity as they took the lead on six minutes when a long ball was only partially cleared. It fell to winger Oliver Mehew who calmly slotted into the corner from 18 yards.

Frustration for Gosport threatened to boil over as Dan Wooden was booked for jumping onto the back of a Yate defender, but thankfully Boro’ settled down and created their first real chance after 19 minutes. Lea’s cross was headed into the path of Pat Suraci whose headed effort was somehow clawed away by away keeper Andrew Hannah’s fingertips. From this set-piece the ball was worked out to Harvey Rew whose effort was going wide until Matt Briggs toe-poked home to level the score on 20 minutes – his first Gosport goal.

This open encounter continued as David Sims-Burgess headed wide from a corner and captain Samuel Kamara fired harmlessly over from range for the visitors, whilst James Harding nearly beat Albert White to a long ball on 28 minutes. Down the other end, Gosport saw Theo Lewis fire over the crossbar from a tight angle, while Suraci had an effort blocked just after the half hour mark. But the last chance of the first half was arguably the best, White flying to his right to save a floated free kick by Joseph Temelty on 44 minutes before the referee blew for the break.

In comparison to a watchable first half, the second started quietly with Yate seeing multiple corners down the left, which led to William Tunnicliff’s effort blocked at source on 52 minutes. Moments later Harding’s header was stopped on the line before Lewis’ shot was cleared by Luke Hallett after a break-away down the left. On the hour with mark Gosport had their first chance in a while as they won a free-kick 20 yards out, which was blocked twice as Suraci could only fire straight into the wall.

Substitutions and warm conditions meant a slight lull but Yate were continuing to look dominant as Sims-Burgess beat three defenders when he ran round the outside, his shot from an angle going wide with the bottom corner calling. The visitors were regretting these missed opportunities as Borough took a surprise lead on 75 minutes with arguably their only foray forward. Suraci found space down the right and advanced into space, before playing a low ball into the corridor of uncertainty, finding Nicky Dembele at the back post to score inside the open goalmouth.

Yate looked stunned at falling behind with the game settling into a sedate tone, Gosport trying to hold on for another three points at Privett Park. This was a task that was completed in relative ease by the home side, despite the best efforts of Joshua Allen who fired over the crossbar and the final shot being gathered by White from Mehew down the left. But after three minutes of stoppage time, there was no late drama as Gosport held on for all three points and their fourth straight league victory.

Shawn Gale’s men however looked tired towards the end of the game, which will be a concern as Gosport enter their busiest part of the season to date. An away trip to Swindon Supermarine awaits on Tuesday night in the league, before a lenghly travel to the same opponents Yate Town in the FA Cup next weekend. Borough will then play Sholing pending replays, before ending September with home games versus Tiverton Town and Wimbourne Town in the league. 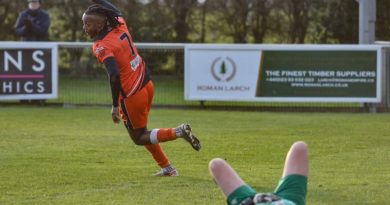 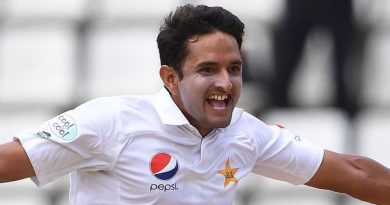