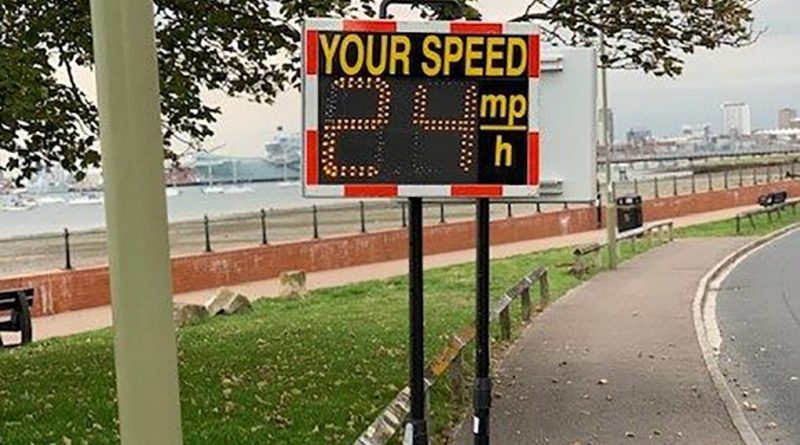 location has been approved by the police √

the speed monitoring equipment calibrated and in place √

THERE was nothing covert about the Gosport Speedwatch operation on the corner of Heritage Way near the waterfront as the team took to the streets once again after the pandemic lockdowns.

The brightly coloured equipment displaying a vehicle’s speed, and the team’s jackets were clearly visible in both directions.

But it had an affect: even when motorists were within the 30mph limit the monitor showed the majority still dropped their speed by a few miles per hour as they went passed.

‘We’re here to educate not enforce’

That, in the words of Gosport Speedwatch Coordinator Gary Walker is the objective: “We’re here to educate and make it a safer road rather than make money”, and Hampshire Constabulary emphasises it is, “not enforcement” but is, “the first tier response to speeding issues”.

The police call it Community Speedwatch because it is operated by volunteers – supervised by a police officer – and responds to the concerns people have about speeding on the roads where they live.

This was certainly important for one Heritage Way resident who told the team: “I’ve been saying for ages that there is going to be a terrible accident here. Great to see you – long overdue.”

Department for Transport data for 2020 record that in Great Britain exceeding the speed limit or travelling too fast was a contributory factor in 12 per cent of all casualties in reported road accidents but 24 percent of fatalities.

In addition, the police acknowledge that speeding, “impacts on the day-to-day lives of people in the community” – making it more difficult to cross roads and living with the noise of fast- moving vehicles.

On deployment with Gosport Speedwatch

During the Heritage Way deployment, there were a couple of motorists who initially slowed but then accelerated noisily away once they were out of range of the monitor.

On the other hand, the vast majority of drivers seemed to accept the presence of the team and no one stopped to challenge the operation – in fact, several drivers gave a thumbs-up.

The team record the details – registration, make, model and colour of the vehicle, and the speed – of any motorist travelling above the accepted speed for the area and Mr Walker confirmed that even if the driver had spotted the speed monitoring and slowed to within the limit, that vehicle’s details would still be recorded.

Gosport Speedwatch like to operate with teams of at least six people so that two or more can check the details of the speeding vehicle.

After the operation, those details are passed to Hampshire Constabulary and put onto the police national computer.

A letter is sent to the registered keeper of the vehicle advising of their speed and explaining why it is of concern.

‘Training of volunteers emphasises safety of all concerned’

The training of Gosport Speedwatch volunteers – led by PCSO Sarah Hughes – emphasises the safety of all concerned: the team on deployment, residents in the area, and motorists.

She told The Globe: “The volunteers can deploy to roads within the borough that have been approved by police to carry out speed monitoring and can be deployed to roads where we have received complaints of speeding.”

Also, volunteers are asked to treat all the information gathered – vehicle registrations, etc. – as confidential and photographing vehicles is not allowed.

Applying to be a Speedwatch volunteer

The application form includes questions about the individual’s criminal record but a spokesperson for Hampshire Constabulary informed The Globe that a speeding offence, or any other minor offence, would not necessarily make a person ineligible and each case is looked at on an individual basis.

However, if a criminal offence of a more serious nature is disclosed then the application would be rejected though DBS checks are not currently carried out for Speedwatch volunteers.

Applicants do not have to be drivers – or to have been drivers in the past – and although the application form asks about tattoos on the hands, neck, forearms or face, The Globe was informed that provided the tattoos were not offensive this would not make a person ineligible.

Hampshire Constabulary dedicates resources – time to train volunteers, to visit possible locations for deployments to ensure they are safe, and so on – it does not fund Gosport Speedwatch.

The money for the equipment comes from Gosport Community Safety Partnership.

Chair Councillor John Beavis said: “We managed to get some money about four years ago to update the equipment and buy some hi-viz jackets. £500 came from Councillor Graham Burgess’s Hampshire County Council devolved budget.

Currently, Gosport Speedwatch has 16 volunteers and coordinator Gary Walker said that with some new volunteers, “we are getting back to where we were before the pandemic in terms of the number of deployments but we would like more people to join because it would enable more teams to monitor more roads” – and he has a long list of roads in Gosport and Lee-on-the-Solent that are potential locations.

And it is the same email address if any residents in the borough feel drivers are travelling above the speed limit along a road in the area near where they live or work. 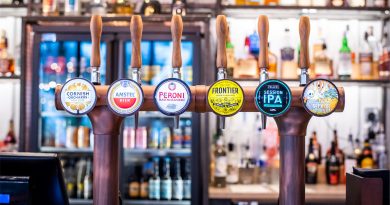