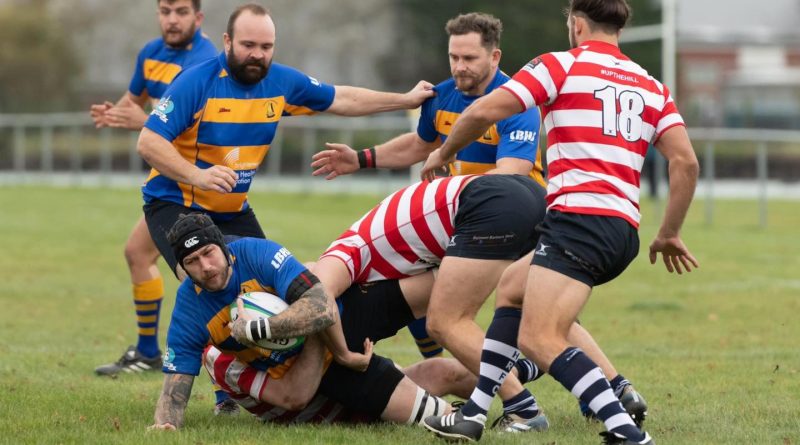 GOSPORT & FAREHAM RUGBY FOOTBALL CLUB (GFRFC) missed their chance to maintain pressure on Havant IIs in the Hampshire Premier this weekend, seeing their home clash versus mid-table Alresford on Saturday postponed due to unforeseen circumstances before the kick-off.

It was later confirmed that the cancellation was due to ‘ill-health’ amongst the visitors, which meant that they couldn’t field a team to play the title challengers at Dolphin Crescent as scheduled. Consequently the planned league lunch was also cancelled having being scheduled for earlier that day.

With GRFRC’s social media account reading “We wish them a speedy recovery and look forward to welcoming them to the park soon”, it is expected that this fixture will be rearranged for later this season. With fixtures in the diary until February it will likely be scheduled for early spring.

But the league appears to have given a home walkover for GFRFC awarding them a 28-0 bonus try victory from this match, putting them just two points behind Havant II. At the time of writing neither the club or league have made any statement on the next steps, with previously examined rules to examine first.

In other results on Saturday in the Hampshire Premier league, Havant IIs continued their one-hundred percent win ratio this campaign by thrashing Chichester IIs by 109-5 to improve their standing at the top of the division. Bognor were awarded a home win over Fordingbridge and New Milton secured a narrow win against Ellingham & Ringwood.

GFRFC’s next match will see them travel to struggling Fordingbridge this weekend in the New Forest, whilst their last game of 2021 will see a home clash versus Sandown & Shanklin as they await for any potential slip-up from Havant. Next year will begin with a trip to Chichester II on Saturday, January 8 following a three week winter break over the festive period.

PICTURED BY GOSPORT & FAREHAM MEDIA: Pushing for a try in Havant defeat earlier this campaign

Olympic medal hopes over for Muzerie