GOSPORT BOROUGH FC confirmed the permanent signing of Josh Huggins earlier this week, with the experienced player joining Privett Park for the second time in three years and furthermore strengthened the club ranks in preparation for the new campaign starting on Saturday.

The battling and determined midfielder, who can also play centre defender roles, joins Boro’ again after featuring in the 2019-20 campaign at Privett Park; a campaign that saw the club finish in mid-table before Covid-19 ended that campaign with 10 games left to play.

He was one of many players to join from Havant & Waterlooville in summer 2019; which included first-team Ryan Woodford and left-back Rory Williams amongst others.

Huggins, now 30, began his career at Aldershot before sampling a career across non-league level clubs in Hampshire and the South East. This included then Conference Premier side Crawley, Didcot, Farnborough, Maidenhead and Hampton & Richmond, before settling down at Westleigh Park in the National League divisions and then joining Gosport Borough for more game-time.

Fellow staff and teammates Privett Park seem to be delighted with the announcement made on Monday afternoon, with excitement building as Boro host AFC Portchester on Saturday afternoon (July 10).

His manager Shawn Gale spoke to the Gosport Borough website media team and gave these quotes about his latest new signing: “I have worked with Josh for a number of years and he can play in a number of different positions which is always a massive benefit to the team, and whichever position he plays in Josh always give 100 percent.

“Josh is a winner and has the experience to back up his battling performances, winning means everything to him and he is the type of character you need in the dressing room.”

Supporters are likely to see Josh Huggins in the game this weekend, which will feature as part of the first leg of the Ray Stainton & Steve Woods Memorial Cup.

Fans are now allowed to buy tickets for the match, which will cost just £5 per adult both on the gate and online via Gosport v Portchester match tickets. £1 of every ticket will be donated to the NHS as a small thank you from the community for their amazing work. Under-16s are allowed free entry into the local derby, but must be accompanied by a paying adult on the day. 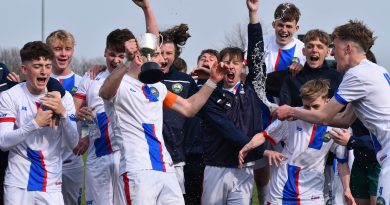 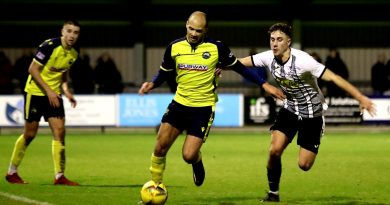 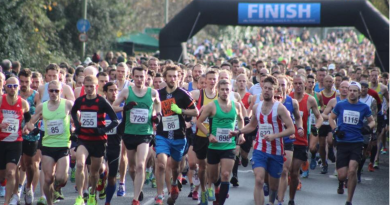