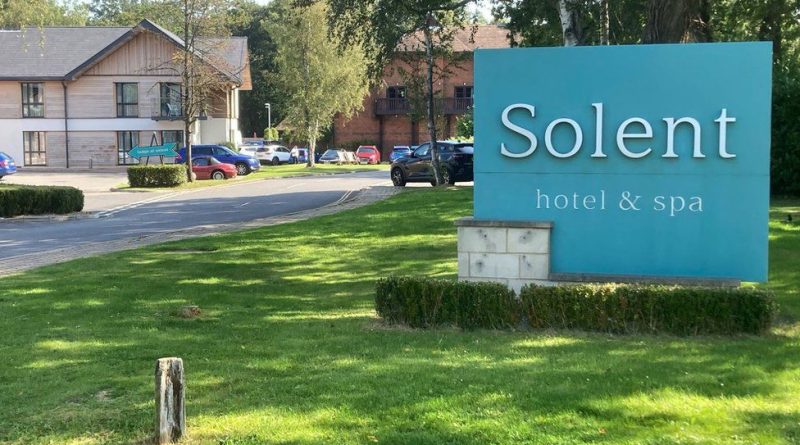 HEALTH & SAFETY investigations will be held this week after a chemical incident at a Fareham-based hotel, which saw twenty four hotel visitors rushed to hospital with non-threatening injuries and sparked a huge emergency service presence lasting several hours on Monday evening.

The Whitely-based facility of the Solent Hotel & Spa was evacuated at approximately 20:40 BST on August 23 to reports of people struggling to breathe; which was allegedly caused by an accidental mix of two chemicals within the hotel, resulting in a chlorine-like poisonous gas being released around the building.

Emergency services were called to the hotel and arrived within minutes; including firefighters from widened units including Cosham & Fareham, Hampshire Police, South Central Ambulance Service (SCAS) and a hazardous area response team as they shut surrounding areas to Rookery Avenue.

Toxic fumes meant that ventilation was given to many visitors at the four-star hotel site, whilst breathing apparatus was supplied for emergency services in attendance.  Work then began to make the scene safe and injuries were treated with a casualty area set up; with many patients taken to hospital including multiple children.

Hotel guests were allowed back into the building after 2am on Tuesday morning, with Solent members of staff and the emergency services able to stand down two hours later (just after 4am). Although the building was open as normal the following day, a future closure of the facilities may be unavoidable as investigations continue. But as news broke of the incident, local emergency services released a series of statements online:

A fire service spokeswoman said: “A number of hotel guests had been overcome by fumes in the spa area after two chemicals had accidentally been mixed together and created chlorine gas. Hampshire and Isle of Wight Fire and Rescue Service began immediate emergency care, set up a casualty handling area and requested the ambulance service to attend”

“A ventilation fan was used to clear the fumes and firefighters took the vessel containing chemicals to fresh air. Gas monitors were used to check that the scene was safe. In total, 24 people were taken to hospital by ambulance crews.”

Station manager Dave Graham called it a “large-scale incident with multiple people requiring medical treatment for the inhalation of gas”. He said the scene “was made safe” and was now being dealt by the hotel management from the early hours of Tuesday morning pending any further investigations.

In a statement, SCAS said eight ambulance crews joined its hazardous response team at the scene. It added: “Twenty-four patients, ranging from children to those in their 50s, were assessed and treated by our ambulance teams for breathing difficulties. Following treatment at the scene by our crews those patients were taken to University Hospital Southampton for further assessment for those non-life threatening injuries.”

A spokesperson for the hotel said: “We can confirm that an incident occurred within the spa and fitness areas of the Solent Hotel and Spa last night.

“Our main priority is our guests’ and team members’ health and wellbeing and we temporarily evacuated the hotel. We are pleased to say that the hotel is open and the spa and fitness facilities re-opened as normal this morning.

“We thank you for your understanding and support at this time and look forward to welcoming you soon.”

Millennium Bridge to be closed again from Monday