“You’re not losing your bottle, are ya?”

“No, course I’m not. It’s just I haven’t never done anything like this before.”

“Nah, you’ve been a good lad, aincha? Listen, I’ve worked with Gary’s old man before an’ the job’s gone sweet as a nut. Don’t see why Gary won’t have inherited his old dad’s way wiv a sledgehammer, eh?”

Midge looked at his watch again and then stared at the snug’s doors. By his reckoning, Gary was already twenty minutes late, which to his mind, didn’t bode well for the job ahead and just made him even more nervous. Darren was right, this was his first foray into crime but needs must when the rent was six months overdue. He just hoped Gary, whatever his pedigree, knew what he was doing. Just then the doors burst open and Gary strode in, already greeting them and turning every head in the bar.

“Mate, keep it down, eh?” hissed Darren as Gary threw himself into the empty chair at their table.

“Don’t want the world an’ his missus to remember us, right?”

“Yeah, whatever. Give us a drink an’ I’ll tell you the plan.”

Midge still had his doubts as they stood hidden in the shadows at the back of the hairdressers looking at the rotten wood of its back door.

“Look lads,” he began. “Maybe I’m not ready for this, eh? I’ll just forget I ever saw you…” His words were cut off when Gary grabbed his jacket and pulled him so close he could feel spittle land on his cheek.

“You’re goin’ nowhere,” hissed Gary. “You know the plan so you’re in this wiv us. Kapich?”

“Come on, this door’s a doddle. Practically fall apart, then we’re on the way to the money!”

Gary was right about the door, as a swift kick saw it bounce open and hang drunkenly on its hinges.

The three men hurried inside and propped the door closed again before hauling heavy tool bags past stacks of towels and plastic bottles, until they reached the wall adjoing the jewellers’ shop.

“Right, it’s Good Friday tomorrow so we’ve got four days to get in, get the stash and get out. All the time in the world! By the time they open up again, we’ll be in Rio, ain’t that right, Darren?” Darren and Gary high-fived whilst Midge looked on uneasily.

“Get the drill, shorty,” snapped Gary as Midge dragged the heaviest bag to him. “Oh, an’ there’s a bottle of whisky in that bag. Get us some drinks. Thirsty work, this.”

Midge watched as the hours ticked by and Gary and Darren took turns to drive the drill into the wall separating the hairdressers from the jewellers next door. Finally, a small hole had appeared and Gary laid the drill aside, wiping his brow. He beckoned to Midge. “Right, time to earn your share. Get through that hole and check there’s no vibration alarms or security beams.”

“How will I know?”
Gary and Darren grinned at each other.

“It’ll get very loud in there very quickly an’ me an’ him will be legging it out that door.”

Midge squeezed into the rough hole in the bricks. Even for him it was a tight fit and he had a moment of panic when he imagined the crumbling bricks closing in across his chest until fear propelled him forward to land, panting, on the floor of the shop. The metal shutters b;ocked light from outside so Midge switched on his torch and looked around. This was a small, family jewellers, so no sophisticated burglar alarms were in evidence. Some stock was displayed in locked wooden cabinets, while he guessed the really expensive items were in a safe in the back office. Gary had boasted that there wasn’t a safe he couldn’t open and he’d even brough sandwiches and crisps in case it took a bit locger to crack.

“‘Ere!” hissed Gary through the hole. “What can you see?”

“Alarms, you dummy! Can you see anything blinking.

Midge peered round but saw nothing.

“We can’t get through that hole, I’ll need to make it bigger. ‘Sides, we need enough space to get the stuff back out, don’t we? Get back through ‘ere an’ I’ll make it bigger. I ain’t leavin’ you in there to fill your pockets wiv the good stuff before we gets in there.”

Midge reluctantly crawled back through the hole, Darren pulling him out roughly by his shoulders and throwing him, covered in brick dust, on the floor. Gary set to work enlarging the hole until finally it was big enough for him and Darren to crawl through.

“Good fing about these walls, they don’t put up much resistance, Darren said as he followed Gary into the shop next door. As Midge approached the hole, though, a large rumbling sent him scurryingbackwards. The rumbling became the deafening roar of falling masonry and soon the room was filled with bricks, lumps of old wood and a choking cloud. The hole had disappeared.

“You git, Midge!” screamed Darren from beyond the rubble. “What did you do?”

“Are you both okay?” called Midge.

Midge stood up, brushed the worst of the brick dust from his clothes and silently let himself out the back door. 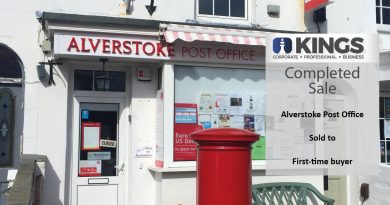