NON-LEAGUE football clubs across Hampshire have learnt their league opponents for the 2021-22 campaign following a recent reshuffle of positionings, with the results announced by the FA earlier this week following a fortnight of discussions behind the scenes.

The reshuffle came as both the 2019-20 and 2020-21 campaigns have been nulled and void due to Covid-19 regulations that have hampered sports since March last year. Clubs were allowed to apply for movement up or down the football pyramid back in late April, with less travel and results over a two year period being considered.

Like any reshuffle there are winners and losers of this step designed to ease financial burdens, whilst also ensuring that performing clubs were rewarded and the last two years haven’t been completely forgotten. Step three leagues involving teams such as Gosport Borough were unaffected due to the link to the National League, which was classed as elite sport and allowed to continue their seasons without fans.

AFC Portchester and Fareham Town remain in the Syd Wessex Premier Division in 2021-22, meaning that they will face off in two El-Creekio Derbies next season. However there were some departures as Lymington Town were promoted to the Southern League, whilst Fleet Town and Tadley Calleva from Basingstoke were moved into the Combined Counties league starting in August.

Replacing these three teams are four, with the Step 5 Wessex League expanding to twenty-one teams from next season. Alton, Hythe & Dibden and US Portsmouth have been promoted from Division One following great form since 2019, with the latter reaching the FA Vase semi-finals last weekend. The fourth team are Moneyfields, who have taken voluntary relegation from the Southern League South One citing financial issues; meaning Fareham can take revenge on the Portsmouth side for their cup exit on 24th April.

With thirty derbies across Portsmouth, this new selection of teams offers less travel costs and one extra home game to improve revenue. Gone are long team trips to Basingstoke and most teams now have an average season mileage of 700 miles, much lower due to the success of Lymington and the movement of Tadley Calleva. Their longest trip will likely be away at Portland United pending any national cup fixtures, but not everyone is a winner as staff at Sholing will tell you after this week’s news.

Based between Southampton and Park Gate, the Boatmen were hoping to reduce their travel costs and time following a hectic two years which included making lengthy midweek trips to Paulton and Willand Rovers respectively amongst others. However Sholing will remain in the same league next season, but with the removal of Moneyfields, face even greater traveling distance to cover in the next year.

This is because Moneyfields’ replacement has been announced as Plymouth Parkway, who knocked Fareham out of the FA Vase recently and located five hours away in Cornwall. This builds on two guaranteed trips to Devon and seven clubs across the Bristol / Gloucestershire regions, with most of the club’s finances being used to hire coaches or even hotels during their cup runs over recent years. Like every club, they have struggled with only five league games last year and no fans allowed; with the team also rejecting the Hampshire FA Senior Invitational Cup proposal this spring as a result.

Staff have announced their disappointment at the decision and may even appeal, but this will likely be rejected by the FA who ultimately cannot please every club in England. In further unfortunate circumstances, Sholing also have one less guaranteed home game to generate funds as the league has reduced to nineteen teams to twenty after a second team moved on and wasn’t replaced; although the club have stated their desire to fulfil every fixture given to them by the Southern League 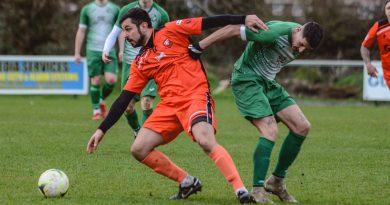