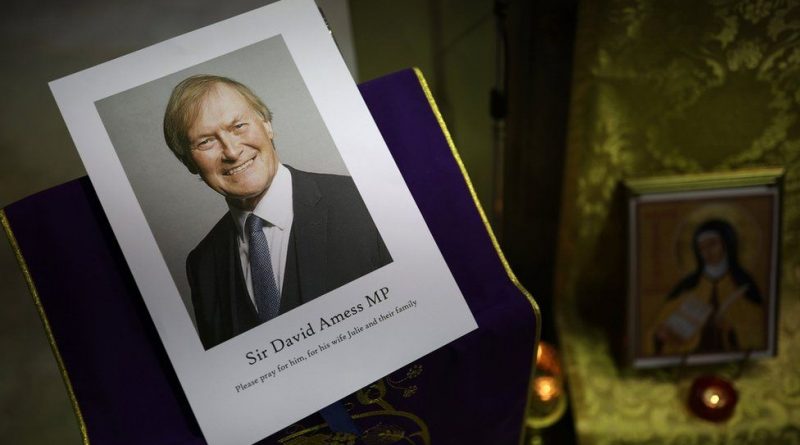 THE MPs for Gosport and Fareham have joined tributes across the political spectrum to Conservative colleague Sir David Amess, who was killed in an apparent terror-related attack this week.

He had entered Parliament as the Member for Basildon in 1983, later representing the Essex seat of Southend West.

The much loved Member of Parliament was attending his fortnightly constituency surgery with residents on Friday morning in Leigh-on-Sea, Essex, when he was stabbed multiple times and died at the scene shortly after midday despite the efforts of emergency services.

Police have since arrested a 25-year-old British national with Somali roots, describing the killing as a “terrorist incident” after initial enquires. The tragedy has brought back memories of June 16, 2016, when Labour MP Jo Cox was shot and stabbed to death in her Batley and Spen constituency a week before the EU Referendum.

The latest atrocity comes after a steep rise in verbal and violent threats to politicians in an ever-changing world, led by social media and advancing technologies. Brexit and coronavirus restrictions have seen an increase in reported cases, with high profile examples including Anna Soubry being called ‘scum’ outside the Houses of Parliament and medical officer Chris Whitty being assaulted and abused in a London park earlier this year.

All MPs have been told that a review of safety measures will be undertaken for constituency surgeries, which will try to strike a balance between security and the democratic need to see people face-to-face. It is believed that, by the end of Saturday night, police will have contacted all representatives individually.

Gosport MP Caroline Dinenage was holding her own constituency surgery in Elson Hub when hearing the news. Taking to social media as Sir David’ death was announced just after 3pm on Friday, she said: “Heartbroken by the murder of my colleague, David Amess today. He was a wonderful, kind and caring man – one of my favourite people in Parliament. It’s sobering to think that I heard about his attack while hosting my own drop-in surgery at Elson Library this afternoon.

“And that is all David was doing, at a surgery, supporting his constituents in Southend, as he always did. My thoughts and prayers to his family and friends. I hope my constituents will understand that, out of respect, I will not be posting across my own social media this weekend.”

Fareham MP and Attorney General Suella Braverman also paid tribute to her colleague, having worked with him as part of the European Research Group and while attending cabinet meetings.

In a Facebook post shared late on Friday evening, she said: “Sir David Amess MP was a genuinely kind-hearted and dedicated campaigner and parliamentarian. He personified the best of our nation: friendly, patriotic and devoted to his family.

“I am heart-broken and sickened that we have lost a friend and colleague in this way. A true gent. My thoughts and prayers are with Sir David’s family.”

The 69-year-old MP leaves behind a family of five children and a devoted wife. A vigil was held on Friday evening in his constituency down the road from the scene. It was attended by approximately 100 local residents and friends.

When Parliament returns on Monday following a four-week absence due to the party conference season, MPs are likely to observe a minute’s’ silence and pay verbal tributes – not only for their murdered colleague but also to Conservative James Brokenshire, who passed away on October 7 following a battle with lung cancer.

Speaker of the House Sir Lindsay Hoyle is keen to have a debate on safety of MPs as soon as possible, with the Government unlikely to deny the request in next week’s Commons schedule. Topics may include a temporary pause on constituency surgeries and face-to-face meetings in the immediate aftermath or an urgent review of safety measures led by the Home Secretary. 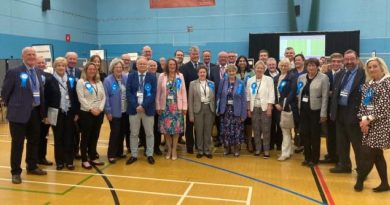