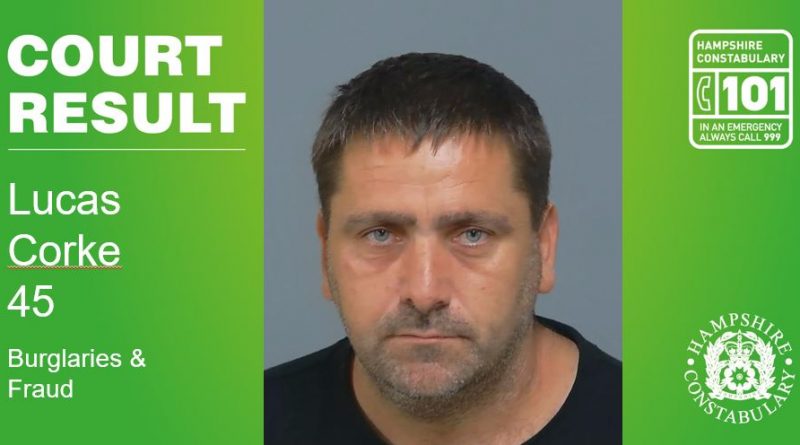 A MAN has been given a four-and-a-half-year jail sentence for a series of offences committed in Fareham, Gosport and the Isle of Wight, including burglary and fraud.

Lucas Beau Corke, aged 45, of Barncroft Way in Havant, was charged with the following offences, after a lengthy police investigation:

On the occasions when bank cards were stolen this year, Corke used them to buy goods from shops and bars in Gosport and on the Isle of Wight, involving seven counts of fraud by false representation.

The cards were used as follows:

Corke pleaded guilty to all of the offences at Southampton Crown Court on Monday, November 8. He was jailed for 54 months.

PC Nickie Moreton, from the Isle of Wight Investigation Team, said: “Corke’s offending in this case was brazen, often walking into premises and stealing goods in daylight hours whilst people were nearby. Unfortunately for him, a thorough investigation involving the review of CCTV, financial enquiries and identifying witnesses enabled us to place Corke at the scene of each of these crimes.

“I’m pleased that he has now been brought to justice for these incidents, and I hope this reassures the public that we will follow every line of enquiry possible to capture those who offend in this way.” 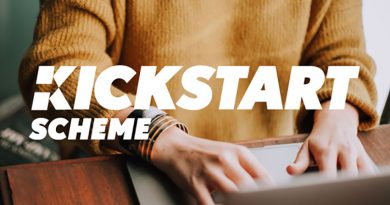 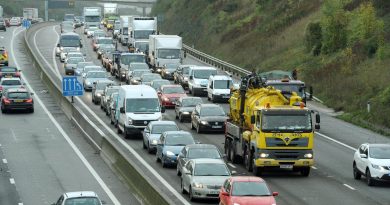 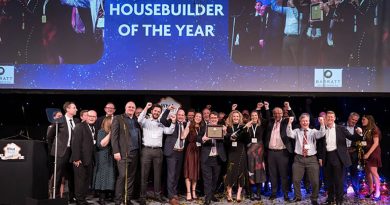