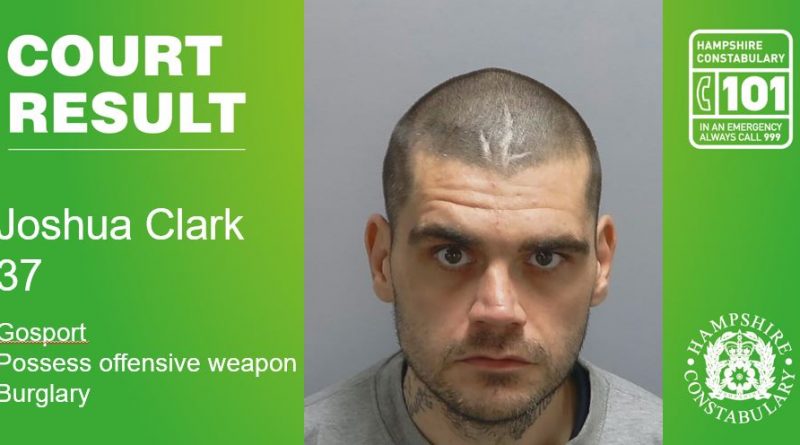 A MAN has been jailed for knife and burglary offences in Gosport.

Police were called to an incident on Victoria Street involving a man with a knife at around 9.50pm on 7 May 2021, following which 37-year-old Joshua Clark was arrested and charged for possession of an offensive weapon in a public place.

Clark, of no fixed abode, was convicted of the offence following a trial at Portsmouth Crown Court, which began on Monday 13 December.

He was jailed for two years at the conclusion of the trial on Friday 17 December.

At the same hearing, he was also sentenced for two separate burglaries, for which he was given a one month jail term for each, to run concurrently with his two year sentence.

Clark previously admitted these burglaries at a hearing on Tuesday 7 December.

The circumstances are that on 8 October 2020 Clarke, along with 54-year-old David Wood and 51-year-old Andrew Mellem, broke into the Hardway Sailing Club and The Jolly Roger pub on Priory Road in Gosport.

Wood, of Westfield Road in Gosport, admitted both burglaries at a hearing on 14 October.

Mellem, of Beauchamp Avenue in Gosport, also admitted both burglaries at a hearing on 18 November.

“Those who carry knives can expect to face serious consequences, and that is evidenced by the jail term that Clark now faces as a result of his actions.” 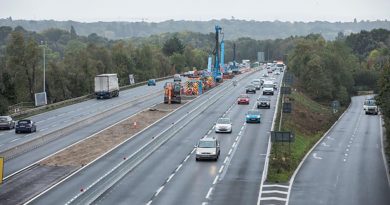