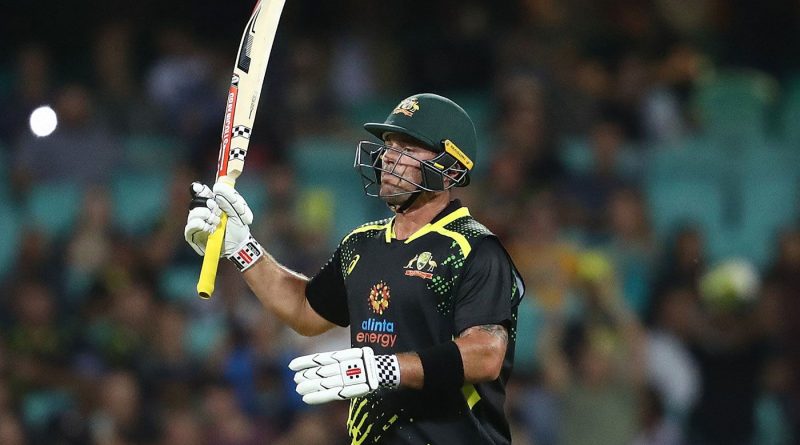 HAMPSHIRE HAWKS have strengthened their cricketing ranks as they announced the signature of Ben McDermott to the Ageas Bowl this week; with the 27-year old Australian batsman set to play in the county’s Vitality Twenty-20 blast campaign this summer.

After spells for Brisbane Heat, Queensland, Tasmania and Melbourne Renegades, McDermott joined Hobart Hurricanes in 2016 for their Twenty-20 and has been their star player in recent campaigns. In the 2021-22 Big Bash, he scored 577 runs overall with a strike rate of 153.86 including back-to-back hundreds versus Adelaide Strikers and Melbourne Renegades in late December.

This form has seen him receive international call-ups for Australia’s current tours of West Indies and Pakistan, adding to his combined 22 One Day and Twenty-20 Internationals since being capped in 2018 against UAE.  Last week McDermott scored his maiden international half century across all three formats, scoring 53 runs off 41 balls as Australia beat Sri Lanka by 20 runs (DLS).

And coming to the Ageas Bowl will see his first appearance in English cricket; having been due to play for Derbyshire in the 2020 Blast competition. However the tournament was cancelled due to Covid-19 rules as focus switched to red ball cricket; therefore McDermott saw his short-term contact deferred and was forced to return to his native Australia in search of regular game-time.

McDermott is expected to play for the whole Vitality Blast competition for as long as Hampshire are participating in their hunt for glory, which starts on May 25 and is due to finish at Edgbaston in mid-July. Although Australia are not currently scheduled to play over the summer, this is likely to change as tours are added into the cricketing calendar, particularly with the Twenty-20 World Cup upcoming this winter.

But this hasn’t stopped excitement of signing McDermott, as Hampshire’s director of cricket said in a statement on their website: “Ben is an exciting talent and we are really pleased that he’s joining us for the Vitality Blast. He had an excellent BBL and his power and ability to clear the ropes make him an excellent fit for us. We are looking forward to seeing him in a Hawks shirt this summer”.

McDermott said in a quote for the county’s media team: “I am really excited to join the Hawks for this summer’s Vitality Blast. I’m looking forward to joining James Vince and the team at the Ageas Bowl and am hoping I can contribute to a successful T20 campaign.”