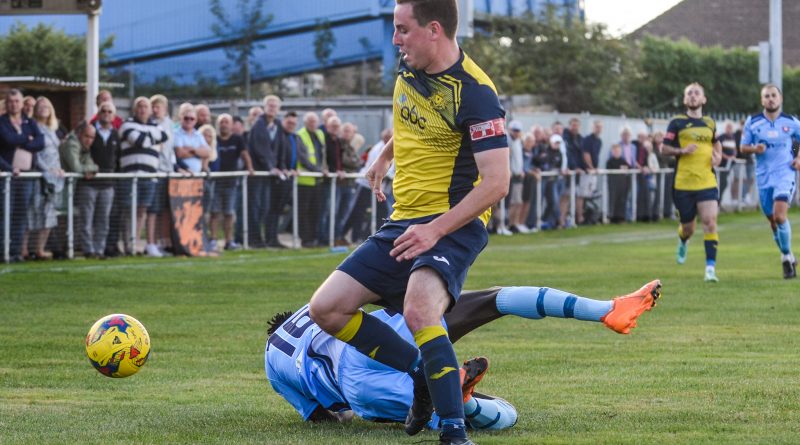 MONEYFIELDS FC were victorious for the second straight game against AFC Portchester on Saturday afternoon, winning five-three in an eight-goal Portsmouth derby thriller at Dover Road. Goals from Tom Cain, Elliott Turnbull, Declan Seiden and a double by James Franklyn meant that the Royals were unable to avenge their FA Vase defeat in September; despite the best efforts of scoring three goals with ten men following a second half red card away from the On-Site Group Stadium.

In overcast conditions it was a slow and cagey start for both sides who cancelled each other out in the midfield area, Moneyfields taking the lead with the first notable chance after 10 minutes. A corner into the penalty area and wasn’t cleared by the Portchester defence, the ball falling kindly to Cain who smashed home from close range into the corner past Steven Mowthorpe. Midfielder Rob Evans then saw his effort rise over the bar on the quarter-hour mark as the hosts started the better.

Not that Portchester didn’t create any chances of their own, a cross finding George Barker on 22 minutes with a diving header saved comfortably by home goalkeeper Tom Price. Moments later another decent opportunity saw good interplay find Lee Wort in space, with the striker’s effort having to be stopped and tipped over the bar. From this resulting corner delivery Sam Pearce’s header was too high as the away captain beat his marker in the air following a good run forward.

On 31 minutes Moneyfields won a free kick after a foul from Conor Baily, who saw yellow from the referee for the first booking of the afternoon. Playing against his former club Joe Briggs stepped up and curled an effort towards goal, smashing off the upright before bouncing to safety much to the relief of the away contingent. In their next attack the hosts split the Royals’ defence in half and the ball was played into the path of Franklyn whose effort was stopped by the diving Mowthorpe.

In the last five minutes of the first half both sides had chances to add to the single goal scored, with Moneyfields going close through Steve Hutchings who headed wide a cross by Turnbull down the left side. Down the other end Marley Ridge collected the ball and spun his marker in stoppage time but saw his pin-roller shot off balance gathered easily off the floor by Price, before Ryan Pennery fired a shot wide after cutting inside the defender, with the half time whistle blew by the referee.

Portchester started the second half with a spell of possession but things were made difficult with a red card for Bailey, who saw a second yellow for a misjudged tackle and was sent off the pitch on the 50th minute. It was to worsen for the Royals as the hosts doubled their lead just before the hour with Briggs’ playing a cross into the back post to find his wingback Turnbull to slot into the bottom corner, whilst substitutions for both sides did see a lull in proceedings with the game arguably already won.

But Portchester showed why nobody should underestimate them as they reduced the arrears on the 67th minute, the ball finding Barker in space to turn his marker and fire a snapshot into the bottom left corner past a stranded Price. But straight from the restart Moneyfields made it 3-1 just sixty seconds later as Seidon broke free and saw his effort saved by Mowthorpe, with the rebound kindly falling straight at Franklyn’s foot to slot home into the corner under pressure from an away player.

But Portchester came firing back with their second of the afternoon as Ridge found Wort through on goal, with the striker rounding Price and tapping into the net to give Dave Carter’s men a lifeline in a match that was beginning to open up in attack. So this proved as Franklyn restored Moneyfields’ two goal advantage as he latched onto a flicked pass from Hutchings to rifle home inside the post for a 4-2 lead with ten minutes to play, but there was still time for two further finishes late on in this derby.

Despite their numerical arrears on the pitch Portchester pulled one back again when substitute Lamin Jatta found space down the left and cut a pass into the direction of Wort to easily side-foot into the corner. And after Ridge and Pearce went close in a nervous five minute spell, the hosts did score the final goal in stoppage time to seal a 5-3 win; Seidon running through on the counter attack and firing expertly past Mowthorpe into the net with the final notable action of this exciting match.

This result means that Portchester remain mid-table in the Wessex League as they approach the 2nd half of the campaign, hoping to build a good run of form with home matches versus Shaftesbury, Cowes Sports and Hythe & Dibden in the league over the next three weekends. But attention must now turn to their Portsmouth Senior Cup match versus Gosport Borough this Tuesday night at the On-Site Group Stadium, coming as pre-season friendlies ended in draws at Privett Park in mid-July. 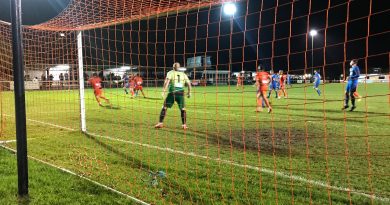 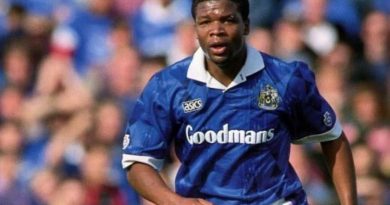