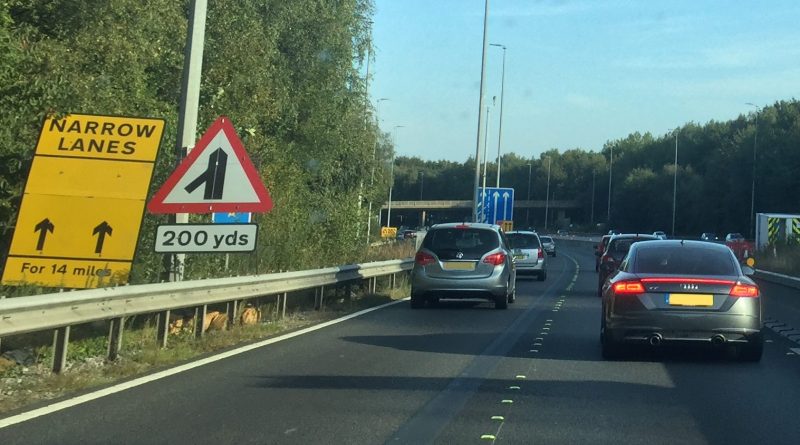 DRIVERS are being warned to plan ahead for this weekend following the announcement that the M27 will be shut across two key junctions to allow for maintenance work, which is expected to coincide with the much publicised celebrations of Lee Victory Festival after last year’s postponements.

From 9pm this Friday (September 24) until 6am on Monday morning (September 27), the stretch of the motorway between  junctions 11 at Fareham and 9 at Whiteley will be shut on the westbound carriageway.  It is believed that the work being carried out is ‘deep reconstructions’, with plans to improve the relience of the surface to extreme weather seen in the winter months.

The following weekend will see the closure of the eastbound carriageway to undertake similar activities, shutting from 9pm on October 1 (Friday) to 6am on October 4 (Monday) between the same junctions. These closures are to help protect construction workers and also ensure the work is undertaken efficiently.

These roadworks are part of Hampshire County Council’s ‘Operation Resilience‘ and come after a previous motorway closure in July this year, which came after the first such work back in October 2020. This latest closure follows the same ‘weekend schedules’, designed to limit the disruption as much as possible.

Signed diversions will be in place throughout the work and drivers heading westbound should leave the M27 at junction 11, onto the westbound A27. They can then re-join the motorway at junction 9 at Whitely and continue to their chosen destinations.

According to National Highways: “Congestion is expected, so drivers are advised to plan ahead and leave extra time for their journeys. All diversions will be fully signed, and closures are subject to change depending on operational requirements or adverse weather conditions.”

Public transport is unaffected with Network Rail confirming that no works are planned in the Hampshire area unless an emergency occurs, but users are asked to expect some delays and larger footfalls on trains across the region. Bus services have also advised customers that their schedule is currently unchanged, but this could change as some routes (X4, X5, 28, 28A) cross over with planned diversions that may cause delays to journeys.

Bus extension pros and cons… but adapting is key