But, as Chief Correspondent Rob Thomas found out, it is not where it was initially meant to be…

THE very large – albeit not real – seagull that stands outside the new pop-up ‘One of a Kind’ shop in Gosport High Street certainly attracts attention and draws people in.

Opened earlier this week, the shop is being used as a temporary home for the Gosport Gallery while – as reported previously in The Globe – the Old Grammar School undergoes a £1.5 million revamp.

The original location was to have been 51-52 High Street and the pop-up did open there for a short time but the building had a number of faults and so for the last few weeks the shutters have been down.

The Globe was informed that a major issue was the electrical wiring in the shop. This has not been confirmed but last week Scottish & Southern Electricity Networks dug up the paved area immediately outside the entrance.

‘showcase the work of six local makers every month’

One of a Kind is being run by Hampshire Cultural Trust and its venue manager at Gosport Gallery Wendy Redman told The Globe: “Over the coming months, while refurbishment work is taking place at the Old Grammar School, we will be working with our partners from Gosport Cultural Consortium to showcase the work of six local makers every month in our creative retail area in the shop.

“There will also be meeting space within One of a Kind for hire and we already have a number of our regular groups from Gosport Gallery signed up. Our other plans include holding community exhibitions, while on Fridays and Saturdays we hope to bring a small scale version of our popular Play Gallery to One of a Kind.”

A visitor to the shop this week was heard to say that for a long time Gosport had needed a place for local craft makers to display their products and was pleased that it had opened at last.

The agent for the property – Flude Property Consultants – is advertising the 82 sq m ground floor shop at 124 High Street, Gosport as, “available to let by way of a new (effectively) full repairing and insuring lease for a term to be agreed at a rent of £15,000 per annum exclusive.”

At the moment, the overly-large seagull is the main indication that the pop-up exists but better signage will be added in the next few weeks because it looks likely the shop will remain in Gosport High Street until the end of the summer.

The Old Grammar School was due to close at the end of August last year with the renovation completed by May this year.

A spokesperson for HCT has now informed The Globe: “With planning permission granted in July of last year, work was originally scheduled to start on the refurbishment of the Old Grammar School building in late 2021.

“However, following delays in the tender documents being submitted due to resource issues linked to the COVID-19 pandemic, work is now planned to commence in March, with the new building, Gosport Museum and Art Gallery, planned to open to the public in late summer.”

While the Gosport High Street Heritage Action Zone website has been updated, HCT’s website still states that the new museum and art gallery will reopen in the spring of this year.

Future of the original pop-up at 51-52 High Street

What will now happen to the original pop-up shop – the former post office between the Salvation Army charity shop and Superdrug – is unclear.

It remains closed and the HCT spokesperson would only say: “Plans are also progressing to open another retail unit as part of the High Street Heritage Action Zone.”

The HCT name is still shown in one of the shop’s windows.

In the other window is information about Portsmouth-based Makers Guild’s ‘Imagination Refinery’ which, it states, will include: gallery, workshops, co-work space, showroom, and studio.

Gosport Borough Council is also actively involved in the HSHAZ and a spokesperson said: “It’s our ambition to open a centre on Gosport High Street later this year providing work space, training courses and help for business start-ups. It will be mainly focused on the environmental and creative industries.

“To be called the Imagination Refinery, it could also have pop-up exhibitions, workshops and studio space. We don’t have a lease on any premises as yet but negotiations are continuing.”

Photograph (top): the pop-up shop at 124 High Street with seagull in attendance but still waiting for new signage 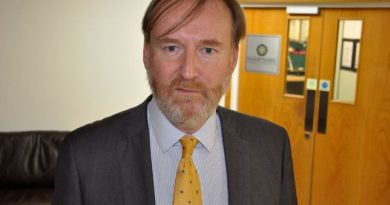 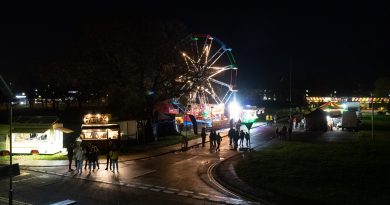 Collingwood the base for Winter Wonderland 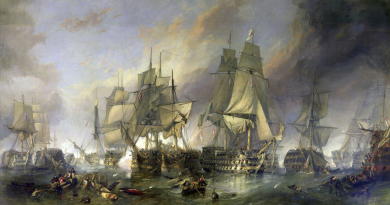 A dream of Trafalgar…by Bill Slavin