AFC Portchester continued their recent good form as they recorded another win at the On-Site Group Stadium versus Laverstock & Ford on Tuesday night.

In front of just over 100 supporters, the Royals scored five in a seven=goal thriller that sets up an Wessex League Cup away tie versus Hamble Club or AFC Stoneham in the Third Round – a game that is likely to be played in mid-October depending on fixtures.

The hosts started brilliantly against their Wiltshire-based opponents and took the lead in the fifth minute with their first attack. George Colson fed Keiron Roberts just inside the penalty area as a ball to Lee Wort was blocked, only to fall to his strike partner who slotted home past a diving Laverstock keeper Alexis Aguer. Moments later Zak Sharp went close, but Portchester doubled their lead in the eighth minute with a second goal.

The visitors tried to play the ball out of defence but were caught in possession as home midfielders pressured, while quick passing saw a move reach Roberts who rifled a shot into the bottom corner from 25 yards. Wort then forced a save from Aguer and Lamin Jatta fired wide after beating the defender, before Harrison Hale and Lewis Barr went close for the visitors as proceedings reached the half hour.

Portchester made it 3-0 on 32 minutes as Roberts doubled his personal tally with a goal of the season contender. The striker picked up a ball in midfield as he brought it down with his first touch, before hitting a dipping shot into the net from 30 yards with his second, a fine effort that gained applause from everybody in the stadium. This was the final notable action with a quiet period before the break, although Lewis Fennemore picked up an injury and was replaced by Thomas Dinsdale on 42 minutes.

Laverstock came out firing after the interval with nothing to lose, creating a great chance when a cross from the left into the six-yard box was fired well over by Tommy Campbell-Smith. But the visitors got a deserved goal on 54 minutes as substitute Charlie Jackson was allowed space just outside the penalty area, before the midfielder slammed home a low but precise effort into the corner.

After winger Aaron McCreadie received the ball from an angle and held off two defenders before shooting wide, Portchester made it 4-1 on the hour mark as Colson sent in a cross down the right. The delivery missed players from both sides in the box and fell to Wort who simply slotted home from close range with a composed finish. It means that the two strikers of Wort (eight goals) and Roberts (13 goals) have netted 21 times already this season, which have come from 11 games since the start of August.

Substitutions followed in a slight lull before Portchester made it 5-1 on 68 minutes as Colson was again involved, crossing to Jatta who made no mistake in heading home from a few yards out. Down the other end Steven Mowthorpe denied Jacob Rawkins and Jackson with blocks as Laverstock, to their credit, continued to show great heart despite the four goal disadvantage. But the visitors got a reward for their determination as a ball from the right was missed by a defender and Adam Bourner took advantage by shooting home from 10 yards out, making it 5-2 with 11 minutes left to play.

That was how it stayed with no further goals despite many chances in the final closing stages. Jatta had a shot tipped over the bar after a great one-handed save from Aguer, before the Laverstock keeper performed an outstanding double stop from the striker including a rebound effort from Roberts lurking for a hat-trick. The final chance of the 90 minutes came from the visitors as their substitute Russell Jones picked up the ball down the left side, cutting inside and seeing his shot fly harmlessly over the crossbar from range.

This cup victory means that Portchester have won five in a row; putting them in a good position as big games continue to push the squad forward in the 2021-22 campaign. The Royals will play AFC Stoneham on Saturday afternoon with a 3pm kick-off at the On-Site Group Stadium, before they host New Milton Town next Tuesday night in a Hampshire Senior Cup tie. Portchester’s third game in seven days will take place on September 25, when they travel to Moneyfields in the FA Vase as part of a mouth-watering return for many staff and players. 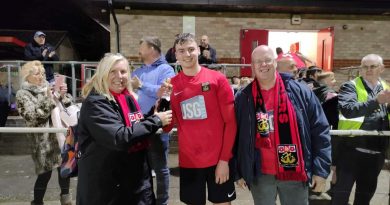 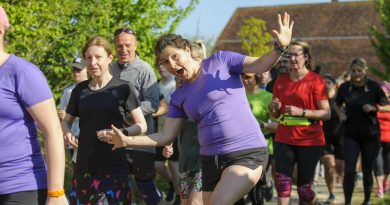