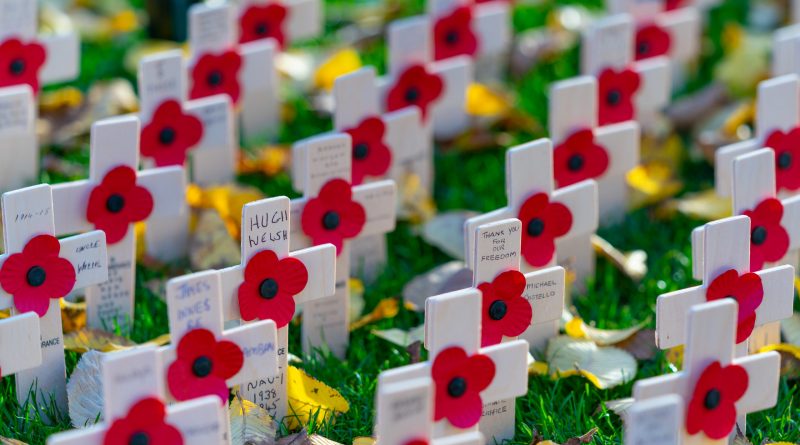 The Royal British Legion will mark 100 years of remembrance this week as the country falls silent to remember those who paid the ultimate price for our freedom.

Much attention will be focussed on the Cenotaph in Whitehall for both Armistice Day and Remembrance Sunday (November 14). But residents of Gosport and Fareham have been invited to a series of community events bringing people together to remember lost ones – made all the more poignant after lockdown restrictions last year.

The town’s civic Remembrance ceremony will be returning to its familiar form on Sunday, November 14. at Gosport War Memorial Hospital. This event will begin when an armed guard, courtesy of HMS Sultan, forms on the road opposite before setting off on parade at 10.30am. Joining them will be local representatives from the Royal British Legion, veterans’ groups, Scouts, Guides, Sea Cadets, Air Cadets and other organisations.

From 10.58am a ceremony led by the Rev Deacon Erica Wilkie, chaplain to the Royal British Legion, will involve a two-minute silence starting at 11am.  Music will then be provided by Gosport Solent Brass, and a bugler from the HMS Sultan Volunteer Band will sound Last Post and Reveille.

The Mayor, Councillor Mark Hook, will lay a wreath on behalf of the borough. He will be joined by the Queen’s representative from the Lord Lieutenant’s office, Admiral Sir Philip Jones. Wreaths from civic, service and association representatives will be laid. On conclusion of the Remembrance service, a march past will take place in front of the hospital, where a final salute will be taken by the Mayor and Admiral Jones.

Lee-on-the-Solent will also see its own Remembrance event starting at 10.50am on Sunday. This will be held at St Faith’s and is scheduled to be led by the Rev Dr Paul Chamberlain, who will read the names of fallen service people.

Meanwhile, in Stubbington on Sunday an act of Remembrance will begin around the village war memorial starting at 10.15am with readings and music before the two-minute silence.

Holy Trinity Church, Fareham, will host a Remembrance Sunday service. It will feature the names of loved ones who lost their lives as service members in British Armed Forces conflicts. The ceremony will start at 9.45am and is entitled ‘Forever Remembered, running alongside a parade from Duke of Connaught’s Own Club in Western Road to the War Memorial starting at precisely 10.36am.

HMS Collingwood has been given the honour of leading the parade with the Commanding Officer and Volunteer Band also in attendance. It will march down Kings Road onto West Street arriving at the War Memorial where the two-minute silence will be observed followed by the wreath-laying ceremony. A display of handmade poppies created by Fareham residents will also be displayed at Holy Trinity Church. It will be sold to raise money for the Royal British Legion following the event. More information is available via this Fareham Borough Council press release.

Saturday, November 13, will see Portchester hold its own Remembrance service event starting at 10.15am in the precinct, organised by Royal Navy Commander Steven Shaw.

The Rev Dr Ian Meredith, vicar of St Mary’s Church, Portchester, will lead the service and Councillor Roger Price will make a speech before the Last Post is played and wreaths are laid by representatives from a range of services such as Hampshire Constabulary the Fire Service, Cadets, Brownies, Scouts, and Guides from across the area.

Later that day, AFC Portchester will be hosting their own event before they play Amesbury Town, with the start time being 2.40pm. Youth players and club officials will read names of the town’s lost service members. When the teams come out, they will place wreaths on the pitch. A two-minute silence will be observed, ending with the Last Post and Reveille before kick-off.  The club will also unveil a Wall of Remembrance at the On-Site Group Stadium and wear poppies on their shirts.

National Remembrance events will also be held over the weekend alongside the traditional Sunday service at the Cenotaph, due for broadcast on many major TV channels. The BBC will also be showing the Festival of Remembrance from 9pm on Saturday evening and it can be watched afterwards on the iPlayer. 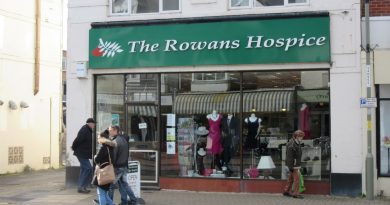 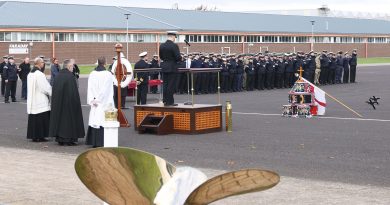