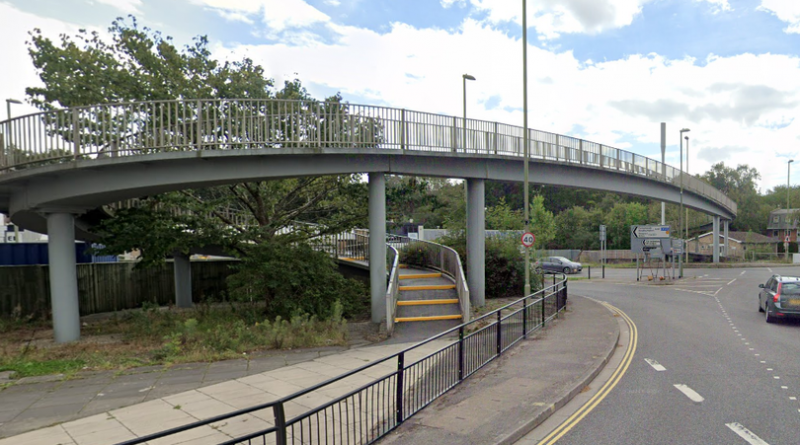 OFFICERS from Hampshire Constabulary’s specialist Operation Amberstone team are continuing to investigate a rape that happened in the early hours of Saturday morning near Fareham Town Centre; renewing their appeal with more information today.

At some time between 1:20am and 2:05am on March 19 a twenty-two year-old woman was allegedly raped on the footbridge that crosses over Western Way, close to Fareham train station (as pictured).

She reported to police that after she had left the Slug and Lettuce at around 1am she walked along West Street when a man unknown to her approached her. He then started to follow and threaten her, before the attack occurred on the footbridge. Specialist officers are continuing to support the victim.

The man is described as being white, approximately five foot 11 inches tall, having medium length hair and with a slim build. He also had a full beard that was blond / grey in colour and was late 20s to early 40s in age.

As part of their investigation police are urging the public to please report any sightings of a man acting suspiciously between midnight and 3am that morning, in the area of the town centre near to the train station.

Detective Chief Inspector Roger Wood from Hampshire Constabulary’s Operation Amberstone team said: “We take these types of reports very seriously and over the past three days a significant number of officers have been conducting enquiries in the area and reviewing CCTV.

“They’ve been working alongside our Neighbourhood Policing Team officers who have been carrying out regular patrols and speaking to residents and shoppers in the town centre. You can expect to see a heightened police presence in the town, around the train station and near to the A27 today.”

“We are building a picture of the events leading up to this incident, and the circumstances of the incident itself, but we’re not yet in a position to release a CCTV or E-fit image of a suspect. There are a number of active lines of enquiry that we are following at the current time and the public will be informed of any significant developments or further appeals for information.”

“You will notice some small changes to timings and the descriptions when compared to our last appeal – this is as a result of further enquiries narrowing the finer details down.”

Anyone with any information should call us on 101 quoting 44220109191 (Operation Formation). Alternatively, you can contact the independent charity Crimestoppers 100% anonymously on 0800 555 111, or via their anonymous online form at crimestoppers-uk.org.

PICTURED BY GOOGLE MAPS: The footbridge over Western Way, where the rape is reported to have occurred.

Ellipse buses diverting due to roadworks 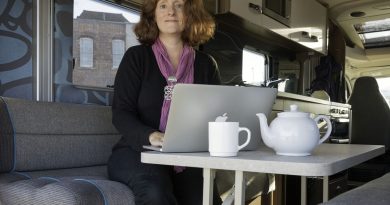 How Patsy draws inspiration from that ‘curve ball’