FINAL preparations for AFC Portchester saw them return to the Crest Finance Stadium for two pre-season friendlies this week, which saw varying successes against higher and lower divisions of the local football pyramid.

But there was one constant in their defence, that saw two clean sheets to add to a goalless draw versus Gosport in July – much to the delight of new manager Dave Carter after last campaign’s leaky opening that saw Mike Catlin quit the Royals.

Portchester made a lighting start and scored a goal in the first minute as good passing found Keiron Roberts on the edge of the penalty box, with the new striker signing powerfully striking an effort into the top right corner.

This was the first shot of the game and it was a fine finish that drew applause from the home crowd around the Crest Finance Stadium, which looked brilliant after heavy storms less than 24 hours before.

It was 2-0 minutes later as the Royals continued their early dominance, with George Colson causing problems down the wing with lots of space. The right back advanced and placed a peach of an inswinging delivery into the path of dangerman Lee Wort, who calmly placed his effort into the right corner past the outstretched hands of the Lymington goalkeeper.

The visitors, hurt by their two-goal deficit, then began to look dangerous themselves with spells of possession and set pieces, which could have seen Lymington halve the arrears. A brilliant free-kick delivery was headed towards goal and looked to have beaten everybody from close range, but for the hands of Portchester shot-stopper Leon Pitman, who tipped the ball over the crossbar.

The remaining 80 minutes were fairly limited in terms of clear cut chances as the friendly was settled in the opening moments of the game, although there were good spells of possession for both sides who lacked a clinical touch in the final third after a lightning start to proceedings.

Second half substitutions and related stoppages didn’t necessarily help the flow of play or improve intensity as the match drifted to an inevitable conclusion in an imperfect display from both sides.

The final pre-season friendly was made a ‘free entry’ occasion by Portchester chairman Paul Kelly, who wanted to thank fans for their support during the Covid-19 pandemic and related lockdowns.

This grew a large crowd at the Crest Finance Stadium, but sadly the 90 minutes didn’t match the pre-season excitement as both teams played out a goalless draw, perhaps with season openers in just two days time (Tuesday night).

Both sides made changes to their starting line-ups in preparation for the league matches, perhaps not willing to risk injuries in these 90 minutes. This cagey and risk-free approach carried over into the opening periods, with a Portchester header on six minutes being the only half chance of the first half an hour of this friendly as it just flicked wide of the post.

Petersfield Town then had a spell of possession before the half-time break, but were unable to convert into any chances as Portchester looked to hit their lower-league opponents on the break. One move in particular saw a defender deflect the ball to safety as three strikers advanced to take advantage of a loose pass.

The second half didn’t improve this match either as the visitors stood firm in defensive areas as the Royals dominated possession, with two long shots harmlessly evading the far post. A minor change in formation and traditional pre-season substitutions saw the flow disrupted on many occasions, although Portchester did almost score a late winner but for the gloves of the visiting goalkeeper as the ninety minutes ebbed to its conclusion.

With pre-season now complete with three defeats, two draws and one victory, Portchester are now ready for the new season and will fancy themselves a strong unit with chances of Southern League promotion come May 2022. They will open the new campaign with a trip to Hamble Club on Tuesday night, before the FA Cup starts next Saturday with a home clash versus fellow Wessex League Premier outfit Horndean in the Extra Preliminary round. 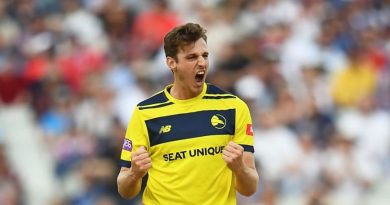