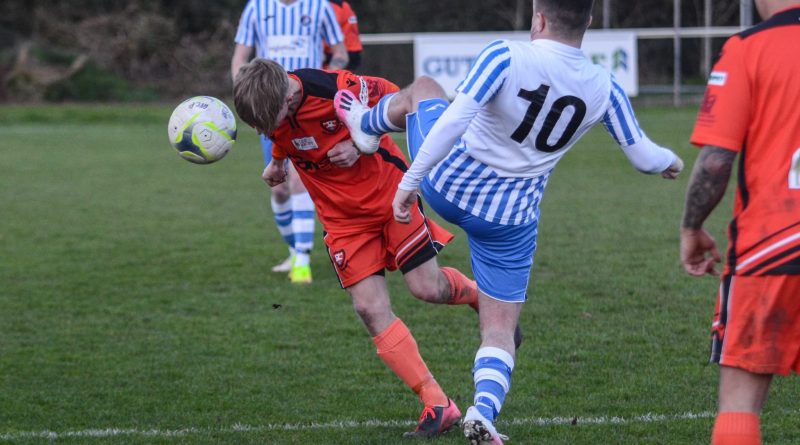 AFC PORTCHESTER made it three games unbeaten as they put together an outstanding performance against Isle of Wight based Cowes Sports on Saturday afternoon, beating the Yachtsmen six-nil in a brilliant result for Dave Carter’s men. Doubles from strikers Lee Wort and Lamin Jatta, alongside goals for Harvey Ashton and Archie Lee-Greenough helped the Royals enact revenge for a defeat earlier this campaign; moving up to nineth as a result of this huge victory.

On a heavy pitch at the On-Site Group Stadium, Portchester nearly made a dream start in the third minute with their first chance. Tyler Gidding broke free and played a great cross finding Wort at the back post but saw his powerful shot drift wide; before Jake Raine fed the striker to hit the crossbar with a curling right foot effort. Curt Da Costa then headed over from a corner shortly afterwards in a great start.

Weathering this early storm Cowes saw their first chance as Aedan Coode beat two defenders and played a pass into the feet of Jack Barsdell whose pin-roller shot was saved by Steven Mowthorpe. On 23 minutes Ji Nash fired wide for the visitors and a Portchester attack led to a goalmouth scramble sixty seconds later; Wort’s effort into the corner blocked on the line by substitute Mitchell Ricketts who came on following an injury.

The Royals took the lead on 33 minutes moments after Steve Ramsey saw yellow as Ashton found space on the edge of the box; the younger’s powerful effort lashing into the top left corner leaving Cowes’ keeper Ed Hatt rooted to the spot. This advantage was doubled in the final notable action before the interval; a corner was only partially cleared to Wort who was quick to react to the ball and smashed home.

Cowes started well in the second period with Jimmy Mumford’s lung-busting run saw him beat two Portchester defenders, but his shot lacked power and was saved by the home goalkeeper whilst Scott McFarlane flashed an angled effort just wide. These missed chances were punished by the Royals who made it three-nil on the hour, a ball over the top finding Jatta who smashed a half volley into the roof of the net with a brilliant finish.

Substitutions for both sides meant a slight lull in proceedings, but Jatta had ideas of his own as he doubled his tally for the afternoon on 67 minutes. The striker was able to advance towards goal untracked after picking the ball up on the halfway line, with a calm finish past Hatt to make it 4-0. Jatta also saw a further effort hit the net but an offside flag thwarted the hat-trick celebrations.

The visiting Yachtsmen saw a couple of half chances through right back Max Coshell and substitute George Holmes to get a consolation goal, but instead the scoreline was made worse for Cowes as the Royals sealed the perfect five after 85 minutes. A foul in the box gave Portchester a penalty that was taken by Wort who finished with a double of his own, with the sixth and final goal coming in stoppage time as youngster Lee-Greenough fired home into the corner.

The final whistle blew soon afterwards, confirming that Portchester have leapfrogged rivals Fareham after other results went their way; building on a credible draw against Shaftesbury and their Wessex League Cup victory against New Milton in midweek. A busy week now awaits the Royals at the On-Site Group Stadium, starting with another derby encounter versus the Creeksiders on Wednesday night in the Hampshire Senior up. Bottom side Hythe & Dibden will then be the visitors next weekend before a trip to Dorset based Portland United awaits Dave Carter’s side in the final match before Christmas.

PICTURED BY DANIEL HASWELL: Bodies on the line for Portchester in huge victory over Yachtsmen this weekend 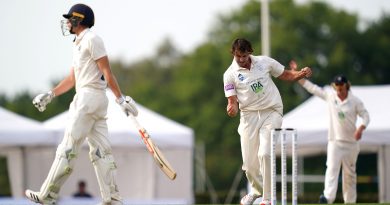