A SOCIAL club bar in Lee-on-the-Solent is set to celebrate its reopening on Monday, May 17, following the Government’s roadmap out of lockdown.

Located in Lee High Street, the Solent Social Club not only looks forward to welcoming its members back but showcasing its completed refurbishment too!

The venue has received a much-needed £90,000 facelift from Brynwell Southern, which includes installation of frequently requested skylights, a bar transformation and widening of an internal club door for disabled access. External renovations have also been carried out by SD Watts with block paving at the front, so it ramps to the front fire doors, allowing easier access for mobility scooters and wheelchairs.

Vice President and Entertainment’s Manager Keith Russell said: “Now that our exciting refurbishments are completed, we look forward to welcoming our members back, old and new.

“I would like to add special thanks to Chris Bradey, the committee treasurer, who stepped up and stood in as secretary from February. This was an incredibly difficult role that was 100 percent voluntary and without him we would have no club to open. He is handing the reins over to the new secretary and will be back as a well-deserved customer in the summer. We would also like to thank our current president Jim Bell and the committee for their continued support. “

Following reopening, the Solent Social Club will resume with its usual itinerary of pool, snooker and darts teams as well as providing access to BT and Sky Sports and well-known regular events including the lucky balls draw, bingo and the meat raffles!

An extension for membership renewals has also been agreed until the end of June.
For further information about the reopening or club membership, please email: secretary@solentsocialclub.co.uk. 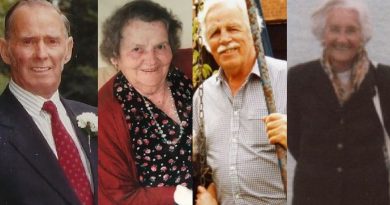