Photograph by Justin Setterfield on behalf

of the British Olympic Association

LIKE MANY UK towns and cities, the village of  Stubbington will be represented in the Tokyo Olympics later this month.

Becky Muzerie will be flying the flag for Gosport and Fareham when the international sporting spectacular starts on July 23.

It will be the sportswoman’s first Olympic Games, the event having been delayed by one year due to the pandemic.

And the Games will now be held without spectators due to a rise in Japanese Covid-19 cases.

The 31-year-old athlete was born in Fareham and has lived in the borough for most of her life, attending Crofton School and Bay House before studying social work at university.

In 2017 she joined Team GB as a sweep rower and will now become one of 37 rowing debutants in just 14 days.

Successes in her early sporting career including the Rowing World Cup and winning silver in the V8+ category at the 2018 European Championship in Glasgow.

Becky will participate alongside seven other team members in the Women’s Eight, which will feature the challenge of tackling the Sea Forest Waterway; set to be a tough course confirmed at being 2,335m in length.

Heats will begin on July 25, with successful teams qualifying for the medal finals five days later. Those who don’t meet the target for final qualification will take part in the ‘repechage’ stage as a second chance, particularly with no quarter or semi finals as seen in the men’s side of the competition.

A married woman, Becky is just one of the 376 athletes representing Team GB in Japan’s capital, with this year’s contingent being the largest for any Olympics held outside Britain.

Female participants will be brilliantly represented with 201 taking part in the woman’s sporting section, again the largest in Team GB History. The team will arrive in Japan on Tuesday, July 13 and then undergo four days of involuntary quarantine before entering the Olympic Village. The opening ceremony is scheduled for July 23 and the Games will conclude 16 days later.

Chef de Mission Mark England said: “After five years of hard work our team for Tokyo 2020 is now complete. We have a strong squad of athletes ready to do their country proud and it’s great to welcome our largest travelling British Olympic team ever.” 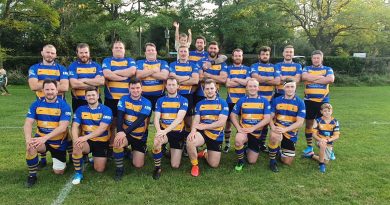