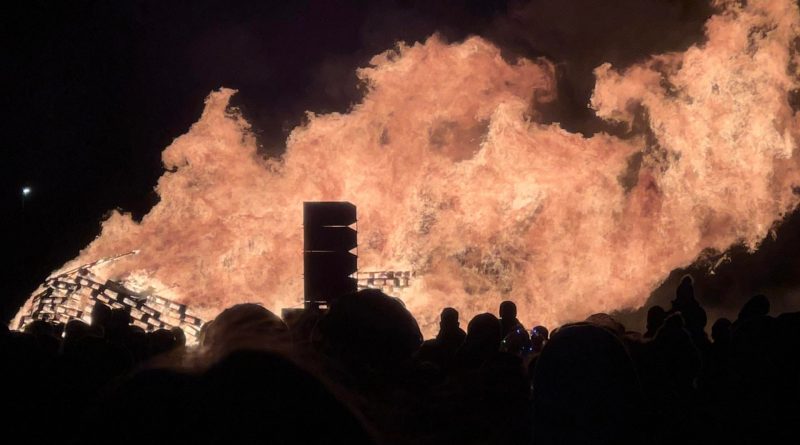 THOUSANDS of residents came together this evening to enjoy an evening of autumn activities, with the return of the annual ‘half term’ Sultan Fireworks and Bonfire Night after last year’s Covid-19 cancellation. Suitable for all ages with tickets as cheap as £6 and profits going to charity; an estimated 7,500 people enjoyed a thirty minute firework’s display that was accompanied by activities including fair games, stalls and a bonfire that lit up the Gosport skies.

Gates opened at 6pm with entertainment as crowds built inside the grounds of HMS Sultan military base, with music and lights in the atmosphere to keep gathering residents occupied whilst waiting for the main attractions. One of these began at 7:15pm with the lighting of the bonfire, which was allowed to glow and rise up to provide some warm glow on an otherwise mild evening on the South Coast despite the threat of light rain showers

But the main attraction began at 8:20pm, twenty minutes later than planned due to high demand, as fireworks were released into the Gosport sky. These could be seen and heard from several vantage points in the town, including the Hardway and Gosport Ferry areas; whilst some visitors lined up outside the roadside surroundings of Sultan to catch the views without entering the site or buying tickets. Music was also played to accompany the bangs in the skies, with tracks such as Ghostbusters and Thriller filling any silent periods with all eyes up above.

In the fireworks finale guests were taken back through the generations with themed tunes and colours to mark a crucial landmark for HMS Sultan; starting with 1950s and bringing it to present day with several interludes. This is because this event formed part of the base’s sixty-five year aniversary. In 1966 Sultan became a centre of excellence for Royal Navy Air and Marine Engineering to train thousands of new recruits; with a huge 65 light being lit by Gosport Mayor Mark Hook before the main event started in front of a large crowd.

Sultan event organisers will be pleased with the success of this event, with a much larger crowd than seen in 2019; perhaps boosted by similar events being cancelled such as the scheduled display in Gunwharf alongside the fact that people are enjoying themselves again after lockdown restrictions. Feedback from those inside the side have praised helpful staff and those who kept everybody safe, particularly as crowds began to build upon arrival and furthermore the exits with everybody converging together. A huge turnout will no doubt help local charities following a difficult 18 months as one resident saying this year’s event was ‘the best one yet, the atmosphere was brilliant and I cannot wait for 2022’s offering”.

The Commanding Officer of HMS Sultan, Captain John Voyce OBE, said in a press release after the event: “Thank you to everyone who has come out to join us this evening. We are delighted to welcome so many members of our local community into HMS Sultan again for this special night, especially as we continue our 65th anniversary celebrations.”
“This display is about providing an exceptional and affordable display which can be enjoyed safely by everyone at HMS Sultan and our local community. But it also helps to raise much valued funds for our Services and local charities which is much needed after the difficult last 18 months. My thanks go out to all the members of our Sultan team who have worked hard to organise such an excellent event.”

But in one huge problem for organisers, traffic control around the Sultan area and security measures caused many to miss the fireworks altogether with free parking offered. Ticket-buyers were asked to supply their registration numbers if driving with the promise of availability for all; with lengthy queues building across Rowner and beyond with reports of ninety minutes delay on main Gosport routes. One Globe reader is quoted as saying: “we left our house in Elson at 6:15pm and we were still stuck at 7:40pm by the little Tesco on Grange Road; we gave up at 8pm with little progress and headed home – Very disappointing”.

Although there was a twenty-minute delay to the firework display, this social media announcement came too late for many who sadly decided to head home rather than battle the lengthy queues with the main event due to start at 8pm. So far tonight Sultan have made no comment on this issue with refund requests likely, but it is understood these issues came as a result of higher than expected demand for parking facilities and the need for enhanced security checks on all vehicles before entering an active & functioning naval base.

Photographs can be seen via the HMS Sultan Facebook Page, whilst the Gosport & Fareham Globe currently has videos on their social media pages showing footage of the events. More images are due to be put online of the firework displays from several Globe readers in attendance, with a hope to publish these by the end of this upcoming weekend. 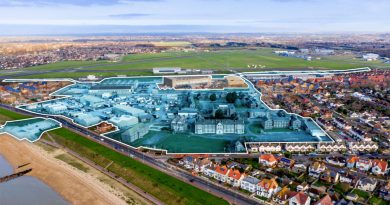 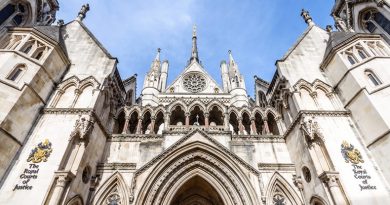