Polling stations have re-opened today offering residents of Gosport and Fareham the opportunity of voting for their borough councillor, county councillor and Hampshire’s Police and Crime Commissioner.

These elections were due to take place last May but were deferred for 12 months because of the outbreak of the Covid-19 pandemic and first lockdown. The councillors involved in re-election and the Police and Crime Commissioner have continued in their roles for an extra year.

The current lockdown safety measures make this year’s trip to the Polling Station a rather different experience. Voters are being asked to wear a face mask and bring their own pencil to mark the ballot papers, though one-use pencils will be available in the Polling Stations.

It is uncertain whether the safety measures in place – social distancing, limits on numbers inside the Polling Stations, and the frequent cleaning of booths and surfaces – will lead to more queuing.

People may be more cautious in the current environment and forsake their right to place their ballot papers, opting instead to use a postal vote.

Local elections can produce surprise results and unexpected changes in which political party has control.

The political landscape in Gosport is less predictable. Here, the Conservatives have had majority control for more than a decade but the Liberal Democrats have recently made inroads into that majority: In 2018, they gained four seats leaving the Conservatives with a majority of just two (18 to 16) over the Lib Dems plus Labour.

Results from the 2016 and 2018 local elections indicate the Conservative incumbents of three seats – Bridgemary South, Grange, and Rowner & Holbrook – could face strong challenges from the Lib Dem candidates.

And there is Town ward where Labour’s Keith Farr has stepped down. He had a 171-vote majority over the Conservative candidate in 2016. But the impact of the Lib Dem surge on the ward’s result in 2018 cannot be gauged because there was no Lib Dem candidate standing in that contest.

Labour will have fought hard to retain the seat because the overall result for the borough could leave a ‘hung’ council with Labour holding the so-called ‘balance of power’.

In both Fareham and Gosport, there will be a longer wait than usual before the results are declared. In another break with local election convention, the votes will not be counted overnight due to Covid-19 restrictions reducing the number of people to do the counting.

The Fareham results for the county council elections are expected midway through Friday with the borough’s ward counts being completed by the middle of the evening.

Gosport will take longer: votes for the county council divisions will be counted on Friday and those for the borough council wards on Saturday with the full set of results expected by late afternoon.

All the results will be available in special coverage on this Gosport & Fareham Globe website. 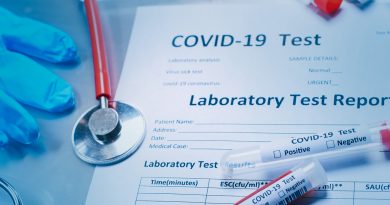