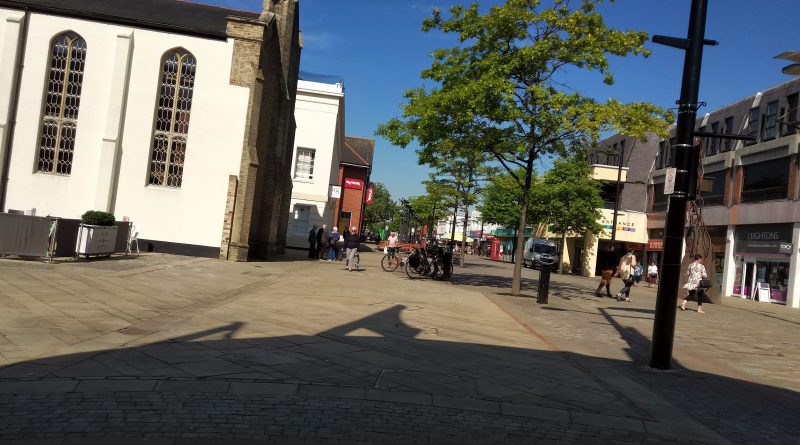 HAMPSHIRE POLICE has confirmed that a man has been officially charged with a knife offence following an incident within the outside area of Fareham Shopping Centre; occurring as people flocked to stores on a busy weekend afternoon.

Police were called at 1.07pm on Saturday 6 November with reports of a man in possession with a knife on the High Street, officers being accompanied by an armed response vehicle (ARV) to the scene. Upon using eye-witnesses and local knowledge to identify the person, a male was quickly arrested on Suspicion of Possession of Bladed Article.

Upon investigating a large knife was found in the man’s possession, with the alleged offender named as 52-year-old Ian Hawkins from Penhale Gardens in Fareham by a police press release. He was subsequently charged with possession of a knife in a public place and was remanded in custody to appear at Portsmouth Magistrates’ Court early this week.

Police have asked that residents contact 999 immediately if seeing someone with a knife in public; they must not approach for their own safety and others. Ideally reports should give as much accurate information which includes a location, description of the person and the direction they appear to be going whenever appropriate.

Photo by Connor Steel: An outside view of Fareham Shopping Centre and market area

Soul siren Patti shows a bit of Respect for Aretha