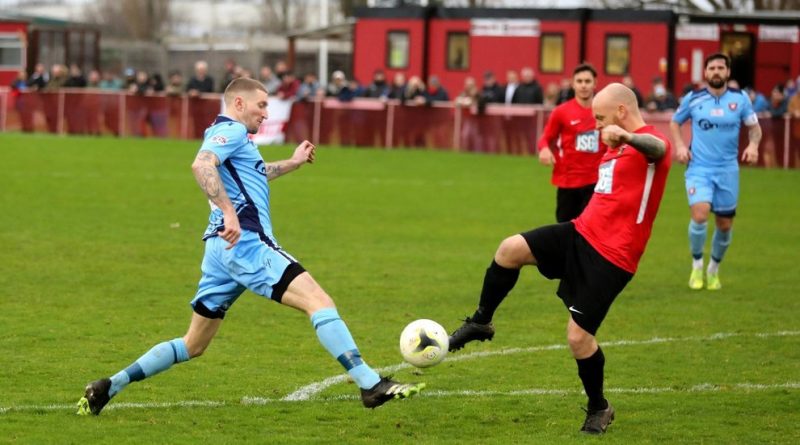 AFC PORTCHESTER retained local bragging rights as they continued their winning streak versus Fareham Town in the El-Creekio derby on Bank Holiday Monday, beating the Creeksiders three-two in front of a bumper crowd of 621 at Cams Alders. In a thrilling Wessex League encounter Fareham were two-nil ahead through goals from Stuart Morgan and Archie Wilcox in their quest to beat the Royals for a first time this campaign, before a double from Rafa Ramos and a winner from Steve Ramsey turned the creek orange for the second time in four weeks either side of the Christmas period.

On a heavy surface that passed an earlier pitch inspection, Portchester started well and created the first opportunity after four minutes, Ramos receiving the ball on the turn and seeing his effort fly out for a goal-kick down the right. In response Fareham had their opening chance down the other end as Josh Benfield forced a great stop from Portchester keeper Steve Mowthorpe and this was backed up with Charlie Cooper seeing his low shot blocked at source on 11 minutes. The final chance of an even opening 20 saw Lee Wort shoot at debutant Town keeper Henry Woodcock after a jinxing run.

Fareham took the lead after twenty-two minutes as a shot was blocked for a corner, with a clever set piece routine catching Portchester off guard and the ball was floated into the path of Morgan to nod home a back-post header past Mowthorpe. And after an injury saw Ethan Jones replaced by the young Keiran Clark, it was two-nil after 38 minutes when Wilcox converted a deep cross into the top corner with a looping header to send fans into raptures. But Portchester weren’t out of the match as Wort and Ramos both saw powerful shots saved by Woodcock either side of the Fareham goals.

The Royals did reduce the arrears on 44 minutes after good possession found Marley Ridge in space, his shot taking a deflection off Ramos and wrongfooted the Fareham keeper as it rolled into the goal for the striker’s first Portchester strike. This tally was quickly doubled in stoppage time after winger Tom Settle fired over a free-kick, away right back Tyler Giddings finding space and cutting back into a corridor of uncertainty. Ramos was quickest to react to the loose ball and comfortably fired home an equaliser with the final action before the break, a composed finish under pressure by the defence.

Buoyed by their comeback Portchester started the better in the second half with plenty of controlled possession, all of which came to nothing as Fareham defenders prevented any chances. Shortly after the restart the hosts were dealt another blow as Wilcox was injured and was replaced by midfielder Dan Bennett after a short stoppage, but this didn’t stop the flow as both Benfield and Settle hit shots wide in a matter of minutes. Down the other end Portchester went even closer as Ramos almost got a hat-trick as he headed over a fine cross clearing the crossbar by a mere inch with his effort.

A fifth and ultimately decisive goal came Portchester’s way on the hour mark, the dangerous winger George Barker winning a free-kick after good work on the left to be taken by Ramsey. The captain’s curling effort looked to be a cross but seemed to dip as it evaded everybody in the box, nestling into the bottom corner as it drifted into the net and sparked rapturous celebrations amongst the visiting contingent. This goal did spark a hectic spell in which nobody truthfully gained full control with both sides seeing chances through Casey Bartlett-Scott for Fareham and Sam Pearce for Portchester.

Substitutions and drizzly rain signalled a quiet spell as the floodlights took full effect at Cams, but the game sprung into life with ten minutes left when Ben Rowthorn fired over the crossbar with his ever rising half volley from just inside the box. On 85 minutes Wort forced Woodcock into his best save of the afternoon with a powerful snapshot before he was booked for a late foul, which also saw a home player sinbinned for dissent. But this didn’t stop Fareham from creating the last chance in additional time, Morgan forcing a brilliant save from Mowthorpe after spinning his marker as Portchester held on.

The three points combined with other results see Portchester rise to eighth in the Wessex League after 23 games; continuing their fine run of form that stands at seven unbeaten in all competitions. Dave Carter’s team will hope to build on this streak when they play strugglers Amesbury Town away on Saturday, before playing Alton at home seven days later. In contrast twelfth place Fareham look to restore winning form against Bashley this weekend before travelling to Bournemouth Poppies one week later. They will also get once last chance to get a win over Portchester this campaign with rivals expected to play in the Wessex League Cup semi-finals on a date yet to be organised or confirmed. 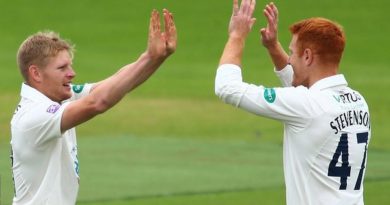